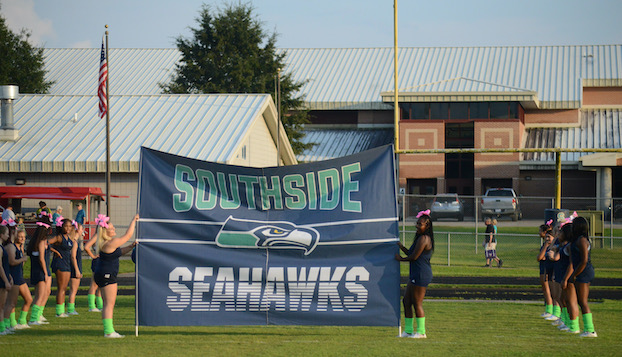 The Southside Seahawks didn’t seem to mind playing four days after their last victory and chalked up another one, 50-30 at Riverside in Williamston.

The game was rescheduled from earlier in the season because of COVID-19. Southside is 8-1, while Riverside is 4-3.

Tequan (Tater) Moore added 99 yards and two touchdowns, while fullback Jamie Corprew had 77 and one TD. Keywon Campbell scored the other Southside touchdown.

The Seahawks led wire-to-wire, including a 30-6 halftime advantage as the defense held Riverside to 27 yards rushing and 194 total.