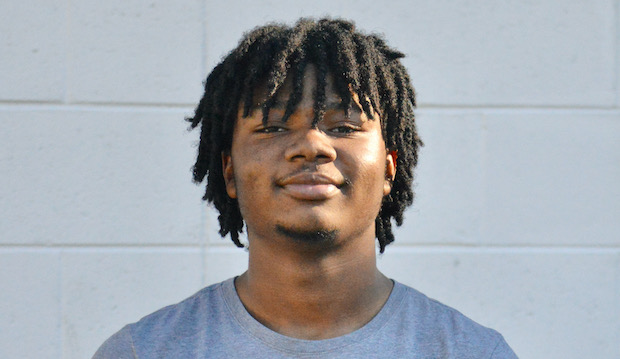 Pam Pack senior tailback Kentari Gibbs-Leathers averages 13.7 yards per carry in the potent WHS offense. He broke loose for an 80-yard touchdown run against Greene Central and totaled 153 yards in that game. In the spring he runs the 100 and 200 meters and is part of the 4 x 200 relay team. He is a National Honor Society member with a 4.38 GPA and plans to major in electrical engineering in college.

Kentari: My grandpa owns and operates Gibbs Electric here in Washington and I’ve worked for him the last few years.

Kentari: It’s interesting to see how wires work and how to repair them, which ones to cut and which to leave. It’s honest work and even though it’s hot and steamy under houses in the summer, I want to come back and work with my grandpa after college and hopefully take over when he retires.

Kentari: My parents signed me up for the Washington Youth Football League when I was six. I was on the Dolphins, Colts, Redskins and Eagles. I always threw the ball around in the backyard and watched games on television with my step-dad. He told me I had potential when I was 10, so I stuck with it and it’s been a lot of fun. I played at P.S. Jones, two years of JV here and now two years on varsity.

Kentari: Probably the Greene Central game this year and being part of the conference championship team my sophomore year on JV. (He ran for over 1,000 yards). One of our receivers was hurt for the Greene Central game so Terry (Moore) moved to his spot and I was the starting tailback. It was a lot of fun, but I’m okay with whatever role coach puts me in. I just want to help us win.

Kentari: I grew up a Carolina fan, so UNC is my first choice, although N.C. St. probably has a better engineering program. I’m still applying to several schools and keeping my options open.