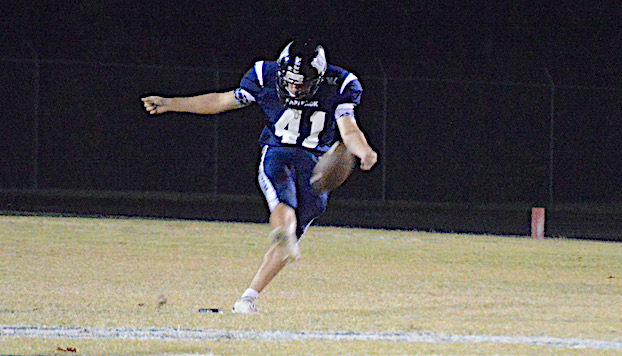 The three Beaufort County high school football teams combined for the most successful regular season since Southside opened in 2000 and the playoff seeds reflect that success.

Northside (9-1), Southside (9-1) and Washington’s (9-2) four combined losses are the fewest since the Seahawks started competing by a wide margin.

The spring’s COVID-19 shortened and delayed campaign yielded nine combined defeats, with 12 the next closest in 2004.

This fall also marks the first time all three schools finished with winning records in the regular season.

Northside parlayed the success into the #2 seed and a first round bye in the 1A East bracket. The Panthers will host the Hobbton-Lakewood winner on Nov. 12, then a possible third home match up with #7 Southside before a trip to top-seeded Tarboro for the chance to play for another state title.

“We are excited to start the playoffs and are fully focused on our first opponent,” coach Keith Boyd said. “I’d be happy to play Tarboro in the East final because that would mean we are still playing, but each round is earned, not given. We’ve been on the road three of the last four weeks, so it will be nice to play in front of a huge home crowd.”

“We’ve hung our hats on those guys all year,” Boyd said. “They’ve opened holes every game, so we’ve taken advantage. We can pass, but the run has been there.”

The Panthers have done a remarkable job of not turning the ball over. They’ve thrown one interception and lost two fumbles, both Friday at Pamlico County through 10 games.

There are only 27 1A teams in the East, so Tarboro, Northside, North Moore, Northampton and Rosewood received first round byes and every team made the playoffs.

While Northside rests, Southside returns to the post-season after a year’s absence at home against South Creek, who finished 0-10, including a 44-16 home loss to Southside Sept. 3.

A victory would give the Seahawks another home game Nov. 12 against the KIPP Pride-Jones Senior winner, before a probable trip to Northside.

“We are excited about our seed because it’s the best we can do without winning our conference,” coach Jeff Carrow said. “We can’t look past South Creek because it would be great to host two games. It’s good to be back in the playoff mix and our kids have learned to win this fall. They put the team first and our defense has produced turnovers, scored touchdowns and given us great field position.”

Southside has picked off 16 passes so far and has shut out three opponents.

Washington is the 11th seed in the 2A East bracket and hosts #22 South Columbus (3-4) from Tabor City, who struggled through a COIVD-19 shortened campaign.

The Pam Pack responded to back-to-back losses with six wins to end the regular season. Senior leadership and improved defense are the keys according to coach Perry Owens.

“Our seniors have brought us together as their playing window closes,” Owens said. “We’ve also had some young guys like Gabe Davis, Walker Heath, Gary Payne Deshawn Smith and Khalil Rodgers step up. Mistakes are magnified in the playoffs, so it’s fun and stressful at the same time.”