Seahawks soar into second round 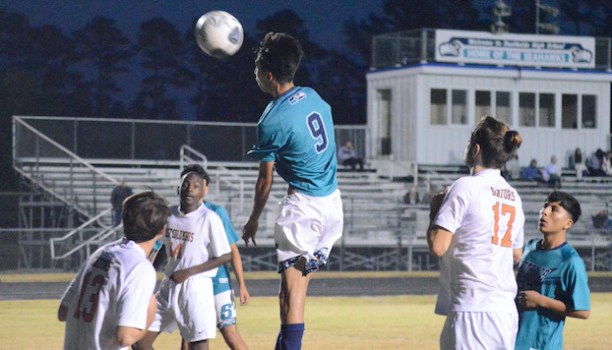 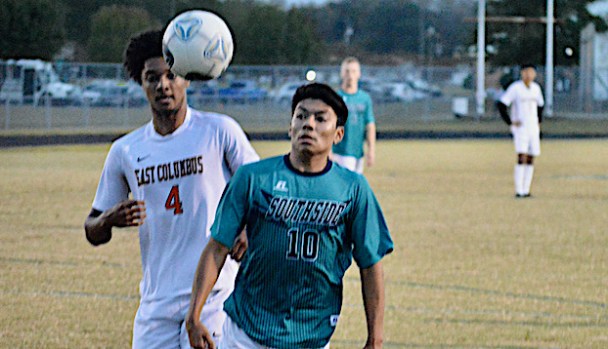 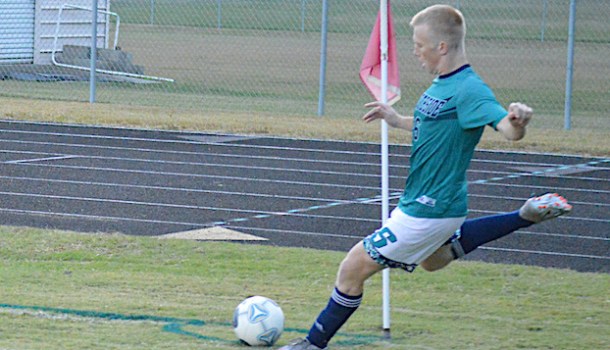 Senior Campbell Barnes lines up a corner kick during Southside’s 7-0 win over East Columbus in the first round of the state playoffs Monday at home. (Steve Barnes/Washington Daily News) 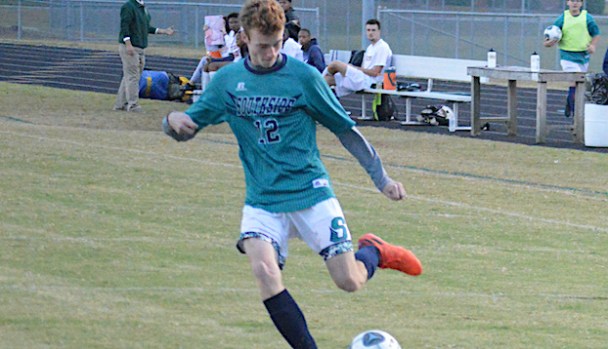 Fifth-seeded Southside made full use of home field advantage to rout #28 East Columbus, 7-0, Monday night in the first round of the 1A state soccer tournament.

Freshman Pedro-Chavez Pullman put the home team on the board on a pass from senior Victor Gonzalez 14 minutes into the match.

Senior Campbell Barnes made it 2-0 six minutes later, then sophomore Jonatan Trevino-Perez drilled one from the left side for a 3-0 advantage.

“It took a few minutes for us to settle into the flow, but we played well after that,” Southside coach Jay Petty said. “We were looking for each other and were very unselfish. It was a good win to start the playoffs.”

Sophomore Kenny Avila-Esparza and Gonzalez scored to make it 5-0 at halftime.

Gonzalez netted his second goal in the second half, helping the Seahawks to their sixth straight win. 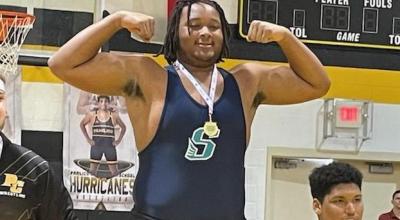