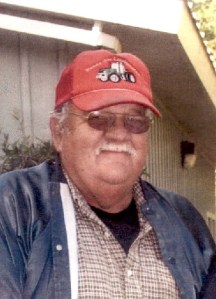 Mr. Joseph Eugene “Joey” Rogers, also known as “Handy Joe”, age 78, a resident of Old Ford community, Washington passed away peacefully surrounded by his family Sunday, October 31, 2021 at Service League of Greenville Inpatient Hospice in Greenville.
A Celebration of Life will be held 2:00 PM Friday, November 5, 2021 at Old Ford Church of Christ, conducted by Reggie Braziel.
Mr. Rogers was born in the house he lives in now at Old Ford on November 7, 1942. He was the son of the late William Gaston Rogers and Esther Woolard Rogers. Mr. Rogers was a retired tobacco farmer. He started Handy Joe’s Landscaping service in 1985. Mr. Rogers was a member and former deacon of Old Ford Church of Christ. He was a member of the Old Ford Ruritan Club for many years and was a long-time member of the Soil and Water Conservation Board.
Mr. Rogers was a family man. He loved working in his garden and enjoyed watching his farm animals. Mr. Rogers played Santa Claus at Washington Square Mall for several years.
On October 30, 1966, Mr. Rogers married the former Doris Jane Williams, who survives.
In addition to his wife of 55 years, Mr. Rogers is survived by his three daughters, Jane Alligood of Washington, Debbie (Wayland) Hodges of Chocowinity, Blair (Justin) Giles of Pinetown; six grandchildren, Ryan Alligood, Brooke and Briley Hodges, and Grayson, Dawson, and Bryson Giles who adoringly referred to him as “PopPop”; three brothers, Curtis Rogers, and Jim Rogers both of Washington, Wade Rogers of Plymouth; and sister, Judy Williams of Washington.
In addition to his parents, Mr. Rogers was preceded in death by a sister, Betty Apple.
The family will receive friends from 5:00 PM to 8:00 PM Thursday, November 4, 2021 at Old Ford Church of Christ, and other times at his home.
In lieu of flowers, memorials may be made to the Old Ford Church of Christ, 6040 U.S. Highway 17 North, Washington, N.C. 27889.
Online condolences may be offered to the family by visiting www.paulfuneralhome.com. Paul Funeral Home & Crematory in Washington is honored to the serve the Rogers family.