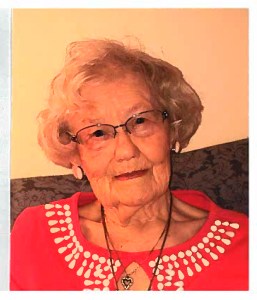 Lida was born in Washington, NC, February 24, 1919. She was the daughter of the late Charles Carney Archbell and Belva Agnes Ross Archbell of Aurora NC. She graduated from Aurora High School and Aurora Business School. She married Jay B. Overton in 1938 and worked in The Bank of Aurora where her father had been a Director and President. During World War II she and her husband moved to Baltimore, MD to work in the war effort. She worked in accounting for Glenn L. Martin Aircraft Company in Baltimore. After moving to Newport News in 1957 she worked for The Bank of Virginia retiring after 17 years of service. While in banking she was active in the Virginia Peninsula Chapter American Institute of Banking and earned a Certificate in Banking and National honors as Scrapbook Chairman. She was a longtime member of St. Andrew’s Episcopal Church and Circle #3 of The Women of The Church.

She was preceded in death by her husband, Jay B. Overton, son, Joseph A. Overton, and grandson Matthew Weiss. She is survived by her children, Estelle “Susie” Jones and her husband Thomas of Smithfield, VA, Ellen Weiss and her husband Ronald of Newport News, and daughter-in-law Joann Overton of Pittsburgh, PA. Additionally, she is survived by six grandchildren and their spouses, Jennifer and Jose Cornejo of NY, Christopher and Suzanne Jones of Chesapeake, Todd and Heather Jones of Yorktown, Bryan Overton of Pittsburgh, PA, Mark and Heather Weiss of Duvall, WA, Elizabeth and Chad Edmondson of Poquoson, VA. She is also survived by fourteen great-grandchildren, and one great-great granddaughter.

In lieu of flowers, contributions may be made to St. Andrew’s Episcopal Church, 45 Main Street, Newport News, VA 23601 or to a favorite charity.