Seahawks crush Pride to face Northside in 1A playoffs 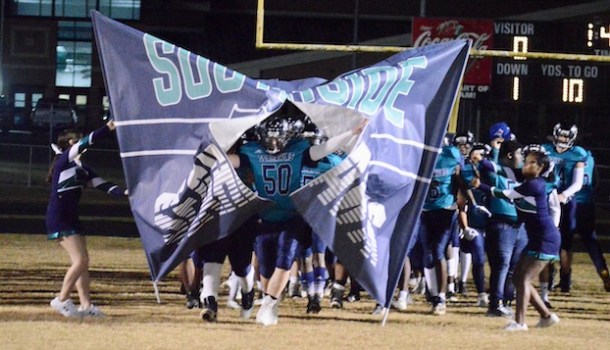 Southside advanced to the third round of the 1A state playoffs with a home rout of KIPP College Prep of Gaston Friday night. (Steve Barnes/Washington Daily News) 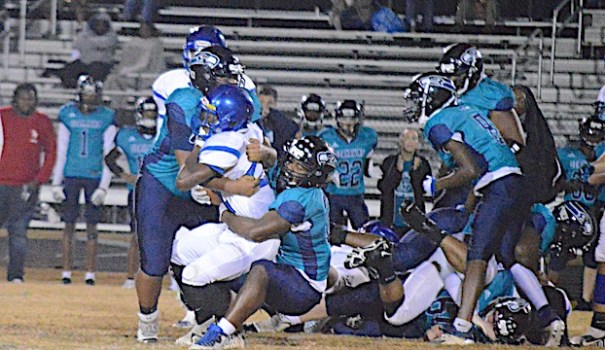 The Seahawk defense posted their second straight shutout and fifth of the season with a 50-0 victory over KIPP College Prep of Gaston. (Steve Barnes/Washington Daily News) 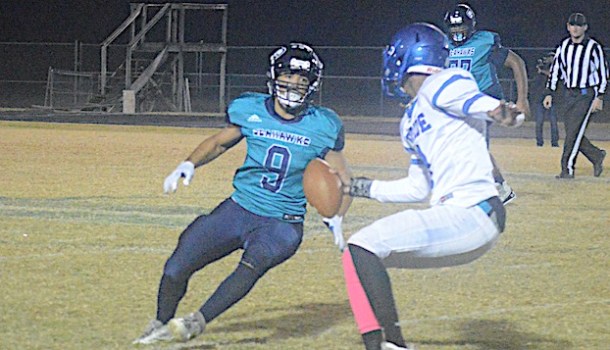 The Southside Seahawks did their part to ensure a rematch with county rival Northside with a 50-0 rout of KIPP College Prep of Gaston in the second round of the 1A state playoffs Friday night at home.

Senior Kenjray Coffield put Southside on the board with a 37-yard run on the first series, then returned a Pride punt 57 yards to the three yard line to set up fullback Keywon Campbell’s scoring run. After the defense stopped the Pride (6-4) on fourth down, Coffield scored from 14 yards out, quarterback Walker Hill hit Tequan (Tater) Moore for a 37-yard score, then Moore raced 65 yards for a 35-0 halftime advantage.

“We were ready to play and executed like we were supposed to,” Coach Jeff Carrow said. “I was a little worried before the game because the guys were quieter than usual, but they were dialed in and ready to roll.”

Jamie Corprew tacked on the final two touchdowns in the fourth quarter on three and 13 yard runs to set up the rematch with Northside.

Southside’s defense held the Pride to 53 total yards in collecting its fifth shutout and second straight, while the offense totaled 330 yards, 240 on the ground. Coffield led with 90 yards on eight carries, while Moore had 82 on six attempts.