Panthers vs. Seahawks round two: winner takes all as rivals meet again

As important as the Anchor Bowl trophy is, the season hangs in the balance when Northside hosts Southside Friday night in the third round of the 1A state football playoffs.

The Panthers (10-1) prevailed, 26-6, last month at Southside (11-1) to claim the Bowl for the third straight year. In Friday’s winner take all rematch, the loser is done.

“The most important thing to me is to keep playing and I’m sure they feel the same way,” Northside fullback/linebacker Mitch Godley said. “I don’t want this to be my last high school game and Southside just happens to be our opponent. It does add a little extra flavor, but playing more games is a bigger deal.”

Southside’s only loss is to the Panthers, while 2A Wallace-Rose Hill is the only team to beat Northside. Both teams have explosive offenses and solid defenders. Southside’s defense has created 30 turnovers in their 12 games, while giving up the ball 12 times.

Northside has only turned the ball over three times all year while creating 27 takeaways.

“They are a very good all-around football team and we think we are also,” Southside coach Jeff Carrow said. “We feel like we’ve improved on both sides of the ball since then and I think they have as well. It’s always fun to play them and we are looking forward to it.”

This is the third time the rivals will meet in the playoffs and Southside has won both previous meetings. The Seahawks triumphed, 32-0, to advance to the state title game in 2004 where they lost, 16-14, to Swain County and won 44-12 in a 2018 first round game.

“We are just glad we are still here to play a rematch,” Northside coach Keith Boyd said. “We scored early the last time and that was the key for us. We expect their best game and we’re happy where we are. We can’t get caught up in the part about playing Southside. You have to beat whoever you play this time of year to keep going.”

Godley leads a fearsome rushing attack that averages 339 yards and 45 points a game, to go along with 60 rushing touchdowns. The senior has piled up 1,637 yards and found the endzone 22 times.

Southside is ground-oriented as well, with 307 yards per game and 54 rushing touchdowns. Senior Kenjray Coffield has 1,407 yards (11.6 per carry) and 20 touchdowns, while sophomore Tequan (Tater) Moore has 844 with 12 touchdowns and 1,271 all-purpose yards.

“It would be really big for us to beat them and keep playing,” Coffield said. “We need to stay disciplined and do our job instead of trying to do everything. It’s exciting to be in this position with so much at stake.” 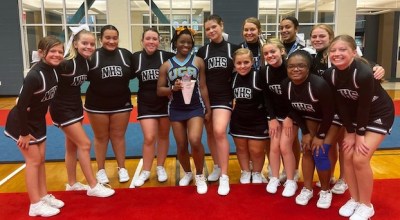