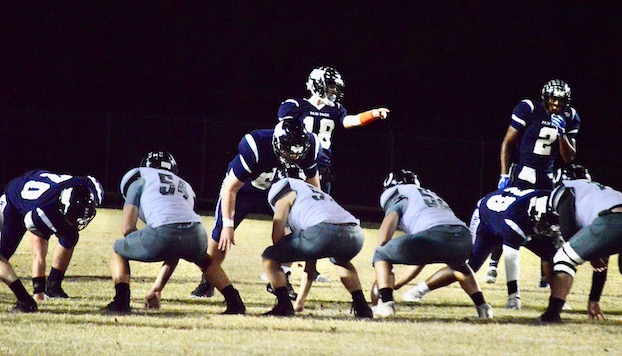 Northside is the only Beaufort County team left as the fourth round begins Friday. The Panthers defeated Southside, while Washington lost in Elizabeth City to undefeated Northeastern. These are the top individual performances from those games.

Best of the rest: Northside: Jayvian O’Neal, Gus Vansant and Nick Roberts recorded sacks, Briley Cooper and Carson Clinkscales had interceptions and Fortino Beltran ran for 44 yards and recovered a fumble in the victory over Southside. Southside: Sophomore Tequan (Tater) Moore ran for 67 yards on nine carries, senior Keywon Campbell had 53 on 10 attempts and scored the only touchdown and classmate Kenjray Coffield totaled 44 yards on 11 carries, with six tackles including two for loss on defense. Jamie Corprew had 5.5 tackles, one for loss and Manvonte DeLoach intercepted a pass as the Seahawks finished 11-2, with both losses to Northside.

Washington: Ryan Spruil caught five passes for 123 yards and a touchdown while William Reid had four catches for 49 yards. Koby Munday led the defense with 11 tackles.