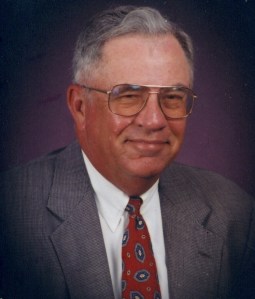 Greenville — Billy Byrd Foster, 88, passed away on Sunday, November 21, 2021.
A memorial service will be held on Monday, November 29, 2021 at 11 AM in the Wilkerson Funeral Chapel with Pastor Aaron Kennedy officiating. Private interment will be in Pinewood Memorial Park
Mr. Foster, lived his early life in Dresden TN. During his senior year of high school, he joined the United States Navy, in which he served four years. While he was in the Navy, he completed his high school education. After serving four years in the navy, he went on to study at the University of Tennessee, receiving a BS in Electrical Engineering in 1959. Following his graduation, he went to work with U.S. Steel in Birmingham, AL, where he met and married Anna Lou Hurst. They were married for 60 years prior to her death in 2020.
Mr. Foster moved to North Carolina in 1972, where he was employed at Texas Gulf in Aurora, retiring in 1994. In retirement he worked for the City of Washington and for Lowe’s in Washington to keep busy. He was a longtime member of First Baptist Church of Washington, where he taught Sunday School for many years. He was also active with the Gideons.
In addition to his wife, Mr. Foster was preceded in death by a son, Joseph David Foster, his parents Mitchell Allman and Hester Byrd Foster, and a brother, Mitchell A. Foster.
He is survived by: daughter, Allison Foster of Winterville; son, Judge Jeff Foster and wife, Jean, all of Winterville; grandson, Zachary C. Foster of Maryland; granddaughter, Claire E. Foster, of Durham;
The family will receive friends Sunday from 5 to 8 PM at Wilkerson Funeral Home.
The family would like to express their heartfelt appreciation to Mr. Foster’s caregivers, Joy Mitchell, Theresa Adkins, and Marcus Adkins.
Memorial contributions may be made to the Opendoor Church Building Fund, 4584 Reedy Branch Road, Winterville, NC 28590. Online condolences at www.wilkersonfuneralhome.com.