Boyd carries on the family tradition 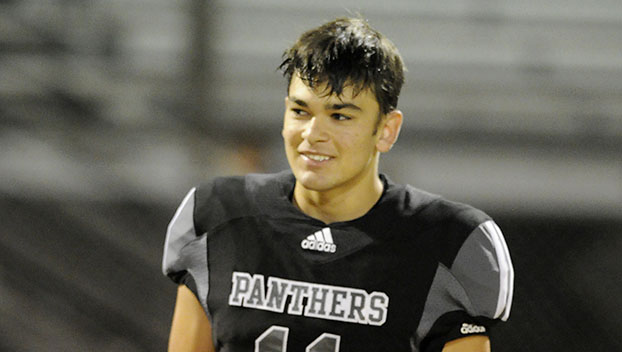 Young Keifer Boyd watched his older brothers, Parker and Carter, throw the football with their dad, Keith, in the backyard of the family home in Bath. Sometimes they let him play and occasionally he played in the neighborhood pickup games with their older friends.

Most little brothers move on at some point, but Keifer grew up as part of a true football family.

Keith is the head coach at Northside High School and both brothers are among his assistants. Wife and mom, Renee helps with laundering team uniforms and other behind the scenes tasks.

While most family Thanksgiving dinner conversations cover a range of topics, there’s not much doubt what the Boyd’s will be talking about Thursday, especially with a playoff game coming up the next day.

“Football is pretty much what we talk about this time of year anyway,” Keifer said. “Whether it’s about our game, ECU or other college teams, or pro games on Sunday, it’s 24/7 football at our house. I love it and I think it’s given me an advantage as I’ve moved up.”

As a junior, Boyd helped the Panthers to the 1A state title game in Raleigh in April, after COVID-19 shifted the season to the spring. Throughout the shortened baseball season and into the summer, he and his teammates never stopped thinking about and working toward a return trip.

“Playing in Raleigh was so much fun,” Boyd said. “We had an outstanding senior class with leaders like Sam Vansant and Zion Wilson, so I really didn’t have to do too much in that area. After they graduated, it was my turn as the quarterback to step up and lead. We are great friends off the field and we trust each other out there, so it hasn’t been hard at all.”

Boyd started in the Bath recreation league, but joined the Washington Youth Football League to play tackle when he was nine.

He played at Bath Elementary, then two years on the Northside junior varsity before taking the starting quarterback spot in the spring.

The Panthers have won 15 of the last 17 games with Boyd directing the run-oriented offense.

“He is very good at reading the defense to make sure we have the right play called,” Keith Boyd said. “I think we’ve both done a good job of keeping the family stuff separate. I try to treat him like any other player. The difference is he gets to hear it from me in the evenings and weekends also.”

Parker (21) and Carter (19) assist their father and help coach their younger brother. Both also still live at home, so Keifer hears plenty this time of year.

“The three of them watch film all weekend getting ready for our next game,” Keifer said. “I watch some also and then we see it as a team on Monday. My dad and brothers all always pointing things out to me and it’s helped me get better. I either leave the house or go in my room and close the door when I need a break.”

It’s been the same routine during this holiday week with the Pender HS Patriots (9-3) from Burgaw up next in the fourth round.

“We want him and the rest of the team to be as prepared as possible, but we also give him time to be a kid at home.” Keith Boyd said. “He doesn’t sit in on our coaches’ meetings at the house and we treat him like a player when we are helping him improve. He’s developed into a good leader, he’s unselfish and makes the right read most of the time. Hopefully, we can keep it going.”