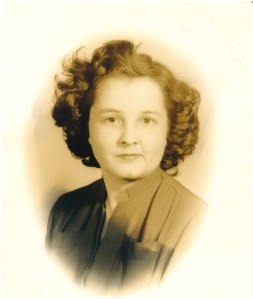 Mrs. Margaret Alligood Mobley, age 95, s resident of Chocowinity, passed away Wednesday November 24, 2021 with her son Jimmy Mobley and Daughter in law Judy by her side.
A graveside service will be held 2:00 PM Sunday November 28, 2021 at Pamlico Memorial Gardens and will be officiated by Rev. Bobby Owens. The following will serve as pallbearers: Michael Weston, Matthew Tyndall, Tony Cox, Greg Whitehurst, Tommy Whitehurst, and Bill Libengood.
Margaret was born in Beaufort County on January 18, 1926. She was the daughter of the late Lafayette Alligood and Ida Jefferson Alligood. She attended Bath High school and graduated in 1943. Margaret retired from Chocowinity Dry Cleaners, a business she and her late husband, James Mobley, Sr. started in 1951. However, She continued as long as her health permitted which allowed her to be around her family and the business that she cherished. She was a member of Haw Branch Church of Christ. Margaret enjoyed sewing, fresh cut flowers, reading and baking.
Margaret is survived by her son, James “Jimmy” H. Mobley, Jr. (Judy) of Chocowinity, daughters, Judy Weston of Blounts Creek, Linda Whitehurst (Tommy) Brenda Smith (Donnie) of Chocowinity, nine grandchildren, 15 great grandchildren, and 10 great-great grandchildren.
In addition to her parents, Margaret as preceded in death by the love of her life, her husband James H. Mobley, Sr., a daughter Elaine Mobley, Brother, Sylvester Alligood, sister, Ruby Alligood Brown, and a son in law, Phil Weston, Sr.
The family will receive friends following the service at the cemetery.
Condolences may be made to the family online by visiting www.paulfuneralhome.com
Paul Funeral Home & Crematory of Washington is honored to serve the Mobley family.