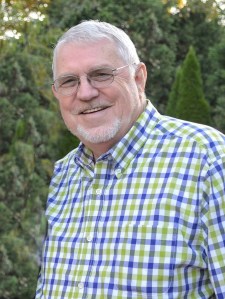 TANNER, Marvin Alfred “Fritz Sr”, on Monday, November 29, 2021 peacefully departed this world at the age of 82.

Fritz was married to the late Norfleet Daniel “Punkin” Pike for 52 years before her death in 2009. Punkin and Fritz have four children, Marvin Tanner “Fritz Jr.” of Washington NC and his wife Sheila, Norfleet Tanner (Teny – deceased 1979), Bryant Tanner McCarthy of Wilson NC and her husband Tim, and Ruth Tanner Wilkins of Virginia Beach, Va. and her husband, David. In 2015, Fritz married Joan Lusin. Joan’s two children are Deann Newman (Bob) and Babbet Lusin of Chocowinity. As Fritz would say, “This is a New Chapter in my life with Joan.” Between the two of them, there are six children and eight grandchildren. Mat Tanner of Asheville NC, Elizabeth Tanner of Durham NC, Ann Hunt Copley (Tyler) of Washington NC, Tanner McCarthy of Wilson NC, and Carolyn McCarthy of Wilson NC, Stewart Wilkins of Virginia Beach, Va, Kate Wilkins of Virginia Beach, Va. and Michael Newman of Memphis, TN.

Fritz was born on March 8, 1939 in Tarboro NC, in Edgecombe County. He is the son of James R. and Mildred P. Tanner. They lived in Rocky Mount, Edenton, Jacksonville and then moved to Washington in 1954. He graduated from Washington High School in 1957. Fritz being a sports fan, was a 4-year letter man in football, baseball, 3 years in track. He played in the 9th East West football game, all Conference all East, honorable mention in High School, All American, he made All East Walk of Fame. In 1955, he won NE conference championship in the 100-yard dash. He attended East Carolina University where he continued to play football. He then proceeded to marry Punkin Pike.

Throughout his life, some of Fritz’s greatest passions were his children and grandchildren and he was very active in the Washington community. Some of his activities included First United Methodist Church Lay speaker for 35 years, Leader and Huddle Leader of Fellowship of Christian Athletes, Cub Scout/ Boy Scout Leader, coached little league baseball, Jaycee’s, Rotary Club board member, Chamber of Commerce board member, and served on Washington Tourism Development Authority for 10 years where he helped write the by-laws.

Fritz was partner/owner of the Golden Corral Corporation store #10 in Washington for 18 years. He also was owner and operated the Agape Book Store, The Chopping Block, Jimmy’s Newsstand and Sandwich Shop. He presently was involved with Secure Investors Group, LLC.

A visitation in Fritz’s honor will be held on from 5:00 pm until 7:00 pm Wednesday, December 1st at Paul Funeral Home.

Funeral services will be held at 11:00 am on Thursday December 2nd at the First United Methodist Church. Burial will follow in Oakdale Cemetery.

Donations may be made to the Service League Inpatient Hospice Greenville NC, 920 Wellness Drive, Greenville NC 27834.

Paul Funeral Home & Crematory of Washington is honored to serve the Tanner family.