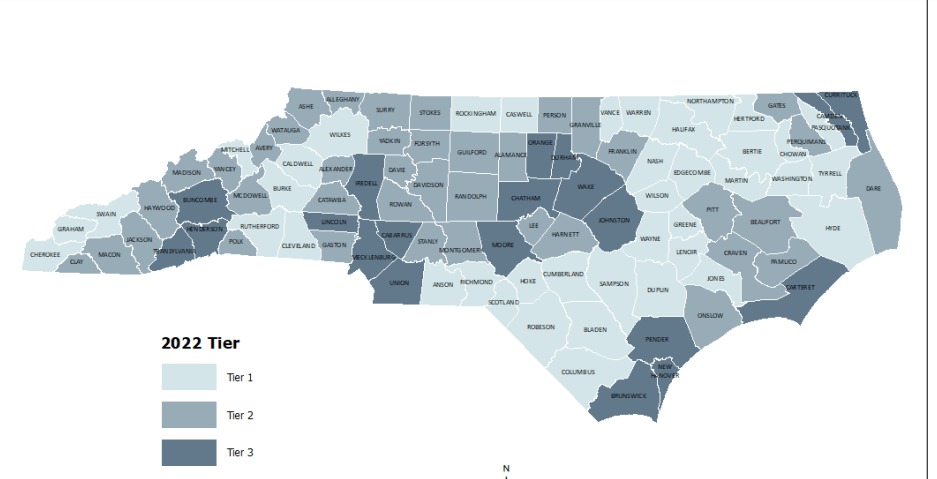 This map from the NC Department of Commerce shows the 2022 county tier designations.

The designations are mandated by state law and play a role in several programs that assist in economic development. The designations determine eligibility and guidelines for several different grant programs administered by the Department of Commerce, including the One North Carolina Fund, building reuse, water and sewer infrastructure, and the downtown revitalization Main Street program.

The 40 most distressed counties are designated as Tier 1, the next 40 as Tier 2, and the 20 least distressed as Tier 3. Tiers are calculated using four factors: average unemployment rate, median household income, percentage growth in population and adjusted property tax base per capita.