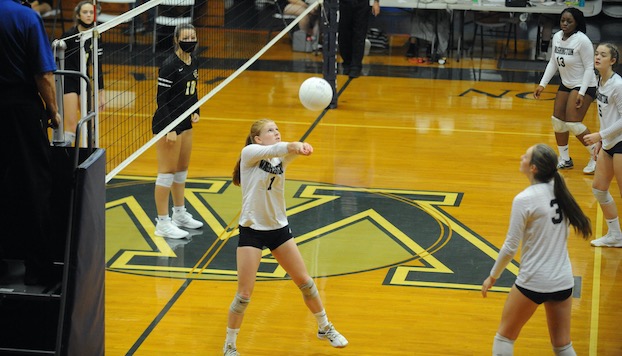 Mizell completed her third year on the Pam Pack varsity and helped in a variety of areas, according to coach Brad Horton.

“She was a terrific setter for us and also played anywhere on the front row,” Horton explained. “She has matured a lot in her three years here and fell into a leadership role as a captain as a junior.”

Mizell helped WHS improve steadily over the course of a 6-13 season that ended with first round playoff loss to conference foe Green Central.

“She developed into a good all-around floor leader this year and kept us together and focused on the task at hand,” Horton said. “She has improved her understanding of how rotations are supposed to work and her role on the floor. She uses her speed and agility to get to balls quickly. She will probably play shortstop for me in softball in the spring, which speaks to her athletic ability. I’m looking forward to coaching her there and for her senior volleyball season next fall.”