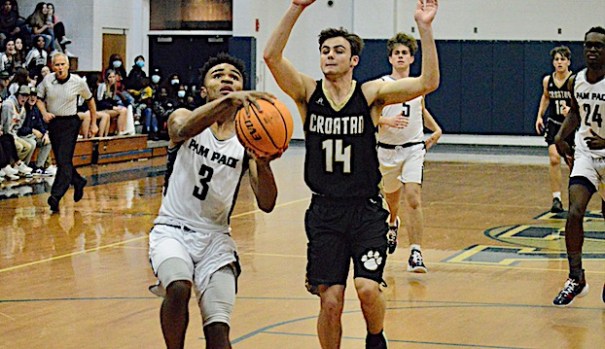 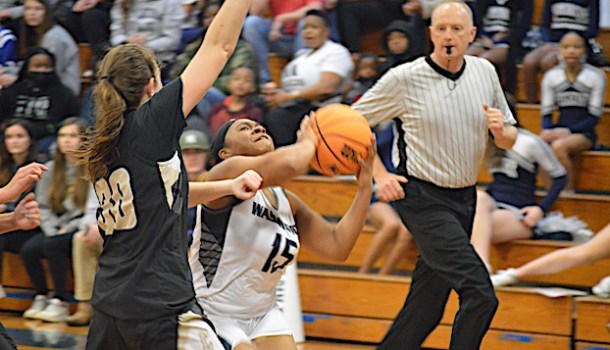 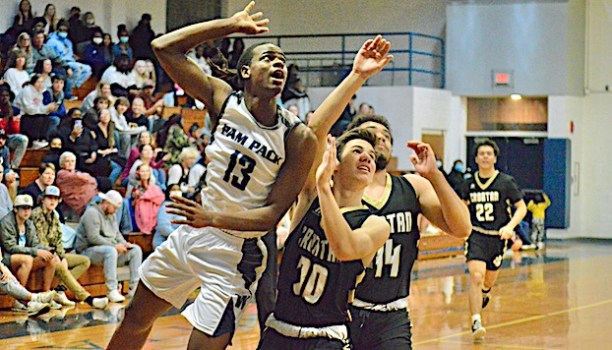 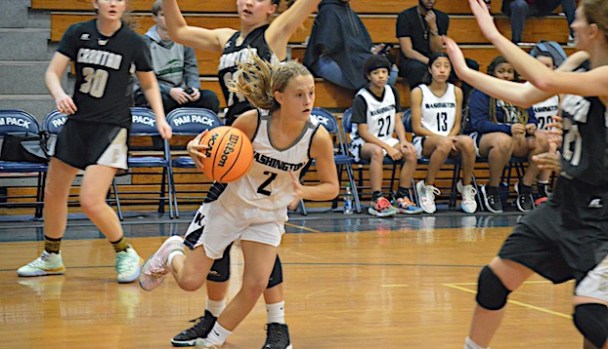 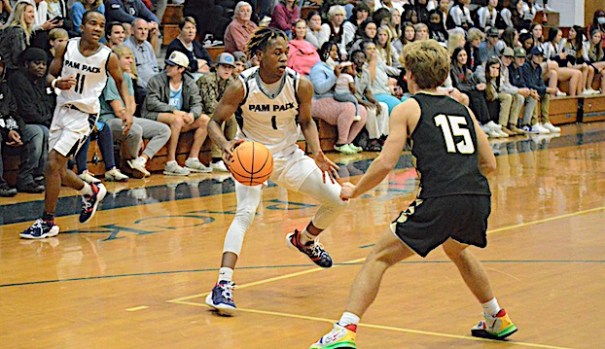 “We wanted to play well in front of our home crowd,” coach David Allewalt said. “It’s the first time in here without masks and a full capacity crowd and it’s great the way the community supports their team. We did our usual thing of forcing the tempo and pushing the ball and we were successful.”

Pam Pack first year girls coach Will Tyson picked up his first varsity victory, 39-34 behind 14 points from senior Semaiya Edwards, who had 10 in the first half, including a pair of 3-pointers.

“The girls were hungry to win after starting 0-2” Tyson said. “They were scoring against our zone, so we switched to man-to-man in the first half and that threw them off. We handled their pressure well and hit enough free throws at the end to hang on.”