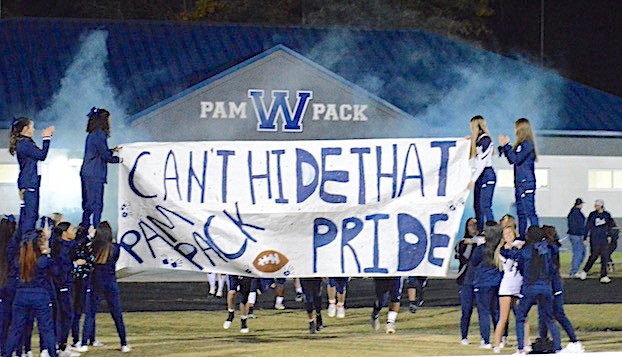 Six Washington High School football players were named to the Eastern Plains All-Conference first team and six more made Honorable Mention in a vote by the league’s coaches.

Richardson was second on the team in tackles, while Jackson anchored the offensive line.

“All of them were a huge part of our success,” coach Perry Owens said. “Spruill is a very smart young man and learned to play corner, strong safety and free safety as well as receiver during his career. He’s an under the radar great player and was a lock down defender for us. Carter earned the reputation for picks and break-ups spread, so they didn’t throw his way very often. Myles made all the reads at center and was the leader of our offensive line. Jonathan was a tone-setter at middle linebacker and it really hurt us when he was injured early in the playoffs. As I’ve said often, Terry and Hayes were terrific players for us as well. I’m proud of all of them.”

“Ridge led the league in extra points, Drake was a three-year starter on the offensive line, Austin made the adjustment from offense to defense, William led us in receptions and Wheeler and Messiah had strong years for us also. It’s good for them to be recognized for their effort.”