Richardson wins Beast of the East, Smith second in his class 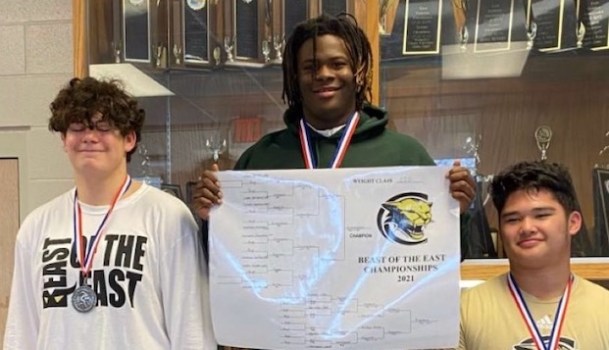 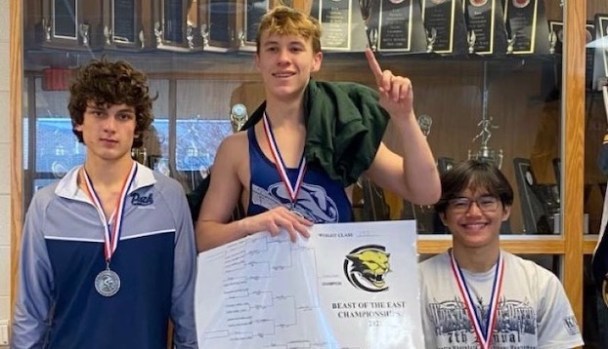 Washington sophomore Bryant Smith took second in his weight class at the Beast of the East tournament at Croatan High School over the weekend. (Contributed photo)

Washington sophomore Bryant Smith (left) took second in his weight class at the Beast of the East tournament at Croatan High School over the weekend. (Contributed photo)

Weekend tournaments provide the opportunity for high school wrestlers to prepare for regional and state tournaments by facing top opponents from bigger schools.

Senior Jonathan Richardson took full advantage of his opportunity in the Beast of the East tournament at Croatan High School near Jacksonville over the weekend by winning the 220 lb. weight class.

Richardson, an All-Conference football selection at linebacker, pinned opponents from Croatan, New Bern and Dixon in the first period to win his first tournament title.

“He is bigger and stronger than he was when he was with us briefly in the spring and it showed this weekend,” coach Chris Pennhollow said. “He’s very athletic and physical on the mat. He came out and won this thing with one week of practice after football. He could have a heck of a run the rest of the way.”

Sophomore Bryant Smith finished second in the 152 lb. class, losing to a Swansboro opponent after pins in his first two matches.

“Us and West Craven (who finished 11th) were the only 2A schools there,” Pennhollow said. “Our guys know we have to travel on weekends to face the best competition so we have success in the regional and state meets. We only had 12 guys available (for 16 weight classes) and three had to stop early because of injuries, so we placed six of the nine who finished.

“It was a great experience, other than the injuries, so it will help us as the season continues. We need to win our conference to qualify for the regional, so that will be our focus after Christmas break.”