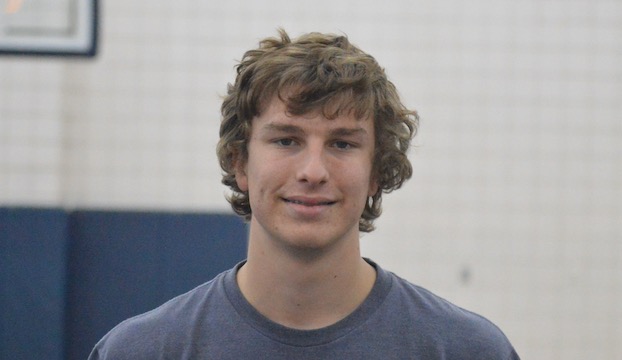 Seahawks wrestler Tucker Jackson is a tri-captain of a third-year program that has improved as more athletes join the squad. The Washington native is in the 170 lb. weight division and pinned both opponents in the most recent match against Pamlico County and Northside.

Tucker: My friend Isaac Campbell (a senior wrestler at Washington High School) talked me into coming out for the team in seventh grade at P.S. Jones Middle School. Some of my other friends were on the team as well and I knew I wouldn’t get cut. It was an interesting sport to me and it’s a good way to stay in shape.

Tucker: We didn’t have a team at Southside when I was a freshman and I decided to wait it out for a year to see how things went after they formed the team my sophomore year. Mr. (Otis) Harrell knew I had wrestled in middle school and he and some other coaches encouraged me to do it again. It was a good decision because it’s fun hanging out with my teammates and wrestling is a great way to get some anger out if I’ve had a tough day.

Tucker: It’s been a lot of fun being a part of something new and watching myself and my teammates improve. It’s fun to learn new moves in practice and then make them work during a match. It’s neat to see other kids come out for the team once they know it’s fun and it’s cool to be part of the building process. We’ve improved a lot since the spring and I’ve enjoyed being part of it.

Tucker: I like to go duck and deer hunting and I like to fish. I have my favorite spots for both, but I don’t want the secret to get out.

To earn my EMT/Firefighting certification from Pitt Community College to become a fireman. I volunteer now for the Bunyan and Chocowinity departments. Mr. Harrell teaches the EMT/Firefighting class here at school and he got me interested in it. My dad (who passed away two years ago) was my first inspiration. He was a volunteer for 35 years and I went to Bunyan on Tuesday’s with him since I was four.The other day, I went out on a call at 4:45 a.m. You never know what you are getting into and it’s scary sometimes, but I like helping other people. I’m looking forward to making a career out of it.