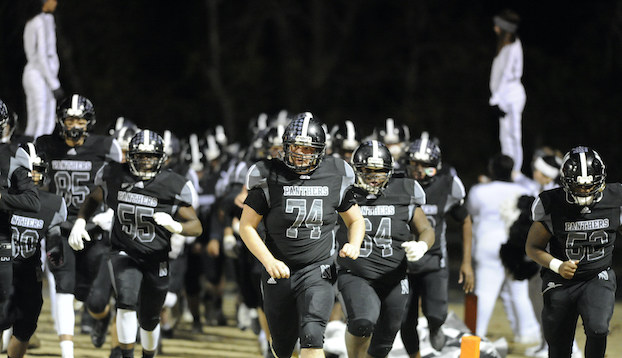 It’s awards season for high school football players, and while they might not be getting Oscars or Emmy’s, the honor is still significant.

Friday Nights in Carolina is one of many new online outlets who cover high school sports and four area players made its All-State football list.

Northside running back Mitch Godley and Southside’s Kenjray Coffield, who was named in the Athlete category were members of the 1A second-team, while Panthers offensive tackle Landon Cahoon made the third team.

Washington running back Terry Moore was chosen for the 2A second team. 24 players from across the state make up each team.

Godley ran for 1,998 yards and 28 touchdowns, while Cahoon led an offensive line that opened enough holes that the Panthers ran for over 4,000 yards in 13 games.

“I’m proud that both of them were recognized for their hard work,” Northside coach Keith Boyd said. “Mitch did a ton of work on his own and pretty much stayed in the weight room. Landon was a great leader on the offensive line for us and I’m very happy that he was recognized as one of the top players in the state at his position. It reflects well on our program when people notice our guys and it makes the younger ones work harder so they can get there too.”

Coffield helped the Seahawks to an 11-2 season, with both losses to the Panthers. He rushed for 1,451 yards and scored 20 touchdowns with over 1,700 all-purpose yards. He also returned punts and kickoffs and had a pair of interceptions from his cornerback spot.

“Southside High School, the coaching staff and all of Seahawk Nation are extremely proud of Kenjray for making second team All-State,” coach Jeff Carrow said. “His hard work and dedication to Southside, his community, academics and the football program has paid off. He is a humble young man who richly deserves this recognition. I’m proud of all the Beaufort County players who were recognized.”

Moore helped Washington to a 10-3 record. He ran for 2,089 yards and scored 30 touchdowns, while also playing safety on defense.

He has accepted a football scholarship to Duke University and will graduate early so he can participate in spring practice with the Blue Devils.