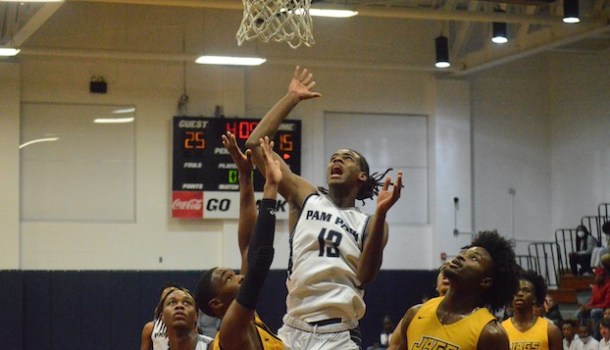 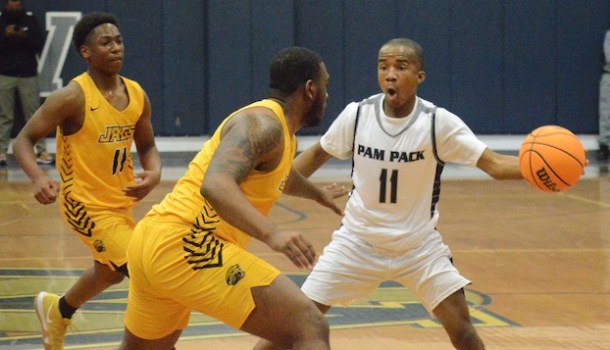 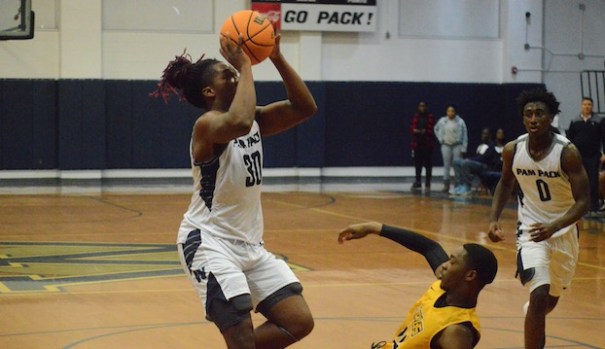 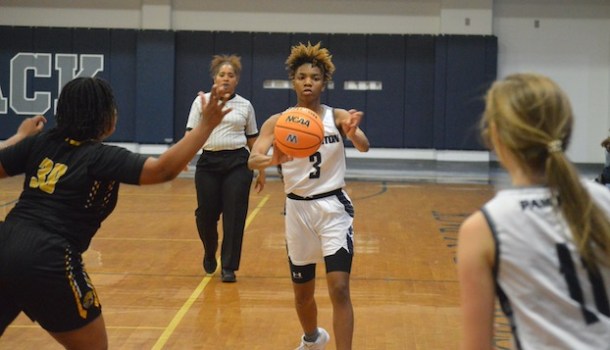 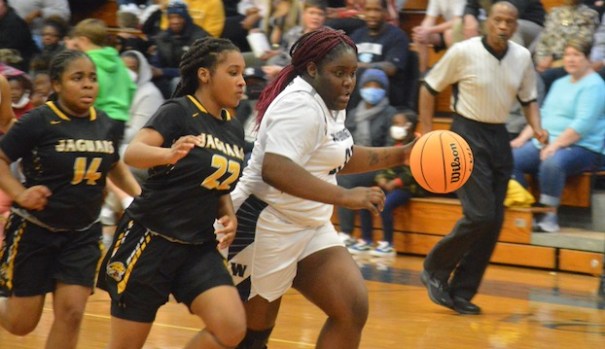 Three-time defending 2A state champion Farmville Central turned a close game at halftime into a runaway with a 33-point third quarter on the way to an 83-59 victory at Washington High School Tuesday.

The Pam Pack (4-4) stayed with the Jaguars (11-4) throughout the first half in the Eastern Plains Conference tilt as Farmville Central used back-to-back three-pointers to take a 36-26 halftime lead.

“We should have been ahead at halftime, but we gave up 13 offensive rebounds and had 10 turnovers,” coach David Allewalt said. “Then we came out flat in the second half and our inexperience showed against a very good team. We didn’t take care of the ball against their press and the game got away from us.”

The Pack had 11 more turnovers in the third quarter and trailed 69-39 into the final eight minutes against a Jaguars squad that played without their leading scorer, junior Jah Short, who is out indefinitely with a foot injury.

Senior Hayes Pippin came off the bench to lead the Pack with 0 points, all in the fourth quarter.

The Washington girls lost, 75-44, to the Jaguars. Senior Kaitlin White scored nine of her 11 points in the second half as did classmate Marchina Warren. WHS is 2-6, while Farmville is 11-4.

Washington’s JV boys picked up a 72-62 victory in the opener of the tripleheader to raise their record to 4-2.