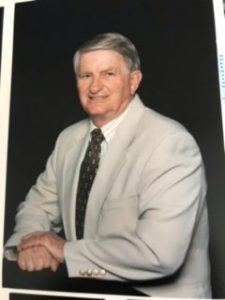 Bill was a gifted artist and kept busy during retirement by traveling with the Friendship Force. He was civic-minded and spent much of his time volunteering for several organizations in the community including the Kiwanis Club, AARP, and The Down East Seniors. Bill enjoyed many hobbies including home improvement projects, square dancing, being on the water, and cheering on his beloved Redskins. His quick wit, humor, and kind heart will never be forgotten.

A funeral service is scheduled for 2 p.m. on January 8, 2022, at the First United Methodist Church of Washington, North Carolina. In lieu of flowers, donations may be made to Community Hospice of Northeast Florida or in honor of his wife to The ALS Association.