Tide vs. Dawgs with the title at stake; local coaches weigh in 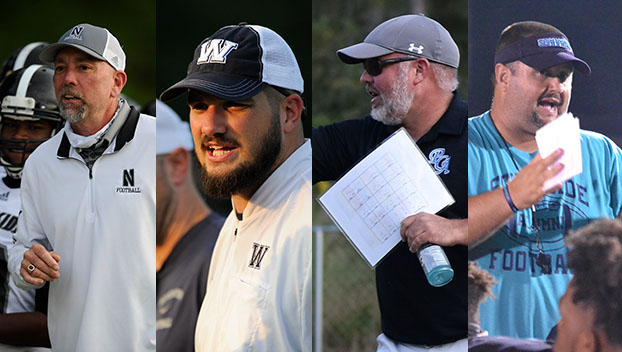 Alabama looks for its 19th college football championship Monday night in Indianapolis, while Southeastern Conference rival Georgia is looking for its second and first since a freshman named Herschel Walker led the Dawgs to victory over Notre Dame in the Sugar Bowl to end the 1980 season.

Since then, Smart is 0-4 against his old boss, including a 41-24 loss in the SEC title game last month when his team was ranked first in the country.

The record also included a loss in the 2018 national title tilt.

Is this the year the student defeats the teacher, or does the Crimson Tide continue to dominate?

Keith Boyd-Northside: I’m going with Georgia because I think they have more incentive to win after the SEC championship game. I think they took Alabama for granted since they were number one and it woke them up a little bit. They need to be more physical on the defensive front and they proved they can be by the way they handled Michigan (in the semi-final). Bryce Young (the Heisman winning Alabama quarterback) is hard to stop, but they have to get pressure on him. Cincinnati had a solid defensive game plan, but they didn’t execute. Since Georgia has better players, they should use it as a blueprint and execute. They are definitely the two best teams and I’m looking forward to it. 28-24 Georgia.

Georgia has to play better in the secondary and not let Bryce Young pull off big plays like he did the last time. They have to mix up coverages and show him different looks. If they play a vanilla defense, he will pick them apart. I think Alabama surprised them in the SEC title game and they will be more prepared this time. However, it’s hard to pick against Nick Saban. Everything’s on the line, but they’ve been there before and won’t be intimidated. They are absolutely the two best teams in the country and I think it will be an exciting game. 37-34 Alabama.

Stacey Keech-Pungo Christian Academy: I’m picking Alabama because of Nick Saban. He is the best-prepared coach in the country and also the best at making halftime adjustments. By extension, his players are the best-prepared also. Georgia needs to come up with a few trick plays on offense and since they didn’t stop Bryce Young in the first game, I’m not sure they can Monday night. They have to put pressure on him, but Alabama’s line has done a great job of protecting him. I think Alabama should stick to what’s worked for them and it’s up to Georgia to stop them. Saban has already lost once this season and he doesn’t usually lose twice. 42-28 Alabama.

Perry Owens-Washington: I’m going with Alabama. No doubt about the match-up of the two best teams in the country and it should be obvious that the SEC is the best conference. In my mind, both defenses can stop the run, so it comes down to the quarterback. Bryce Young won the Heisman, so he’s been doing something right. He has an elite arm, but can also run and move and make plays with his feet. Georgia will have to get creative to even contain him. His offensive line gives him plenty of time, so it will be very tough to rein him in. Not turning the ball over and making big plays are the keys on offense. Causing turnovers and limiting big plays are big on defense. I’m looking forward to an entertaining game, but wish it was on Saturday. 45-35 Alabama.