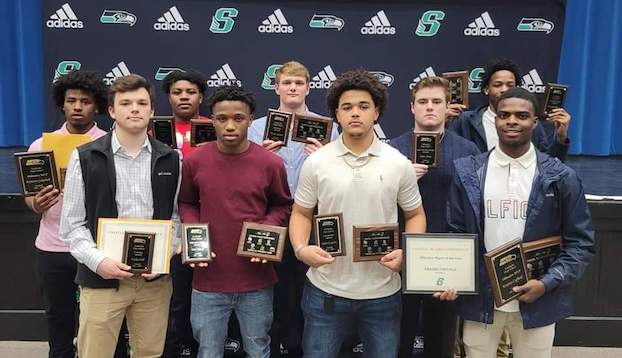 Senior running back/defensive back Kenjray Coffield was named the Offensive Player of the Year and joined six teammates on the first team.

“All the coaches are extremely proud of our guys for their hard work and dedication to each other, the program, the school and the community,” coach Jeff Carrow said. “It’s awesome for all of us to see Kenjray receive the conference offensive player of the year award along with be recognized as All-State from HighschoolOT.com and playing in the 252-919 All-Star game. He’s had a great career here.”