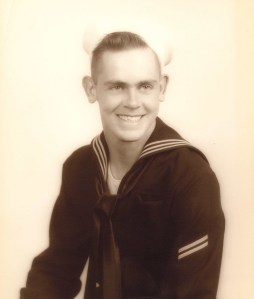 Harold Eugene Alton went to be with our Lord on January 10, 2022.  He passed peacefully at home surrounded by family.  Gene, as affectionately known by his family, was born on July 27, 1933 in Greensboro, NC to parents, Ruth and Fred Alton.  He graduated from Greensboro Senior High School, then entered into service for our country in the US Navy as a radio operator.  While in the Navy, he met the love of his life, Marlene, at a military dance in Washington DC.  Their romance blossomed into a 66-year marriage that blessed them with 5 children – Jim, Steve, Dave, Ruth Ann and Bill.  Upon returning to civilian life, Gene began his academic studies, earning a Bachelor of Science in Engineering Physics at the University of Tennessee, and a Masters in Biophysics and Physiology from the University of Texas. He had a successful career as an engineer, the majority spent with Burroughs Wellcome in Greenville, NC until his retirement in 1994.

Gene loved being on the water, spending many years raising the family overlooking Chocowinity Bay.  He was an avid sailor, and felt right at home in the Bahamas.  He continued service to the country on the water in the Coast Guard Auxiliary, and put his naval radio skills to use as a Ham radio operator throughout his life.  Gene was an active member of Mother Mercy Catholic Church in Washington, NC, and member of the Knights of Columbus. You would often see him handing out Tootsie Rolls on behalf of Knights of Columbus for donations in front of various businesses during the holidays, or chopping veggies for the soup kitchen at St. Teresa Catholic Church in Titusville, FL. He even recruited Marlene to help with the chopping just to have her close by. They were inseparable. Marlene affectionately called him Sugar, and Gene referred to her as My Buddy. Gene also supported various charities raising money for hungry and orphaned children overseas. His generosity and dedication to the less fortunate was a quiet passion he held close to his heart and was anonymous to most. In many ways, Gene was anonymous to those around him keeping his thoughts and feelings and passions to himself. Many nights were spent in his office alone as he wrote his memoirs, tinkering on his newest biomedical invention or just rereading various mementos that he saved throughout the years.  He was incredibly sentimental, saving almost every birthday card he was given by friends and family. Pouring over the stacks of personal writings he saved reminds us what a brilliant mind he had. He was accepted into Officer Candidate School with the Navy in 1968, but turned it down to dedicate his life to research and raising a growing family.  His greatest unseen accomplishment was the peripheral nerve stimulator. He was hired as a biomedical engineering consultant by Professional Instruments located in Houston, Texas by his mentor Dr. Sears. He worked tirelessly to advance this medical device that is now used daily in every hospital. Sadly, he did not receive credit for his contribution to the design and creation of the device, but he did find satisfaction in knowing that his invention is still being used today even without his name on it.

In lieu of flowers, memorials may be made to the Dementia Alliance of North Carolina, 9131 Anson Way, Suite 206, Raleigh, N.C. 27615 or Knights of Columbus, by visiting www.kofc.org.

Paul Funeral Home & Crematory of Washington is honored to serve the Alton family.