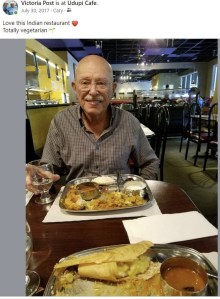 Tom Hardison, 85, of Durham, passed away peacefully at his home on December 6, 2021.  He was born in Washington, NC to Esther Mae Arnold, Later Mrs. Hilton Alligood, and Audrey Burrell Hardison.  Tom was educated at St. Agnes Academy and Washington High School.  Following high school, Tom went far out into the world to continue his education and to develop a varied career which reflected his interests in music, with a BS and Master’s Degree in Music from Julliard in NY, NY, health, with a nursing degree, and lastly, Zen Buddhism where he was ordained as a Buddhist Priest in Sendai, Japan.

To honor Tom’s life, donations may be made to your favorite organization promoting the arts and music.