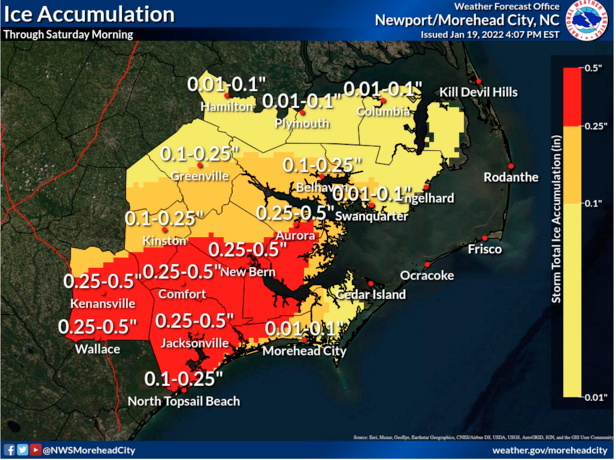 An incoming storm could dump a wintry mix on Beaufort County late Thursday through Saturday, but perhaps the biggest concern is “significant icing,” according to the National Weather Service. More than a quarter of inch of ice could form in some areas of eastern North Carolina.

“Ice is about the worst thing you can get in terms of freezing rain,” said Erik Heden, warning coordination meteorologist with NWS Newport/Morehead City. “It clings to everything, it can bring down power lines and trees, you can’t drive in it. Snow and sleet would certainly be a better option than ice.”

Heden said precipitation will be on-and-off at times as the storm moves through, and the greatest impact is expected Friday through Saturday.

According to an NWS graphic showing projected ice accumulation totals through Saturday, areas farther south in the Morehead City office’s coverage area — such as New Bern, Jacksonville and Kenansville — could see anywhere from a quarter inch to a half-inch of ice. The projections are lower for areas to the north, but Beaufort County could see a tenth of an inch to a quarter-inch of ice. 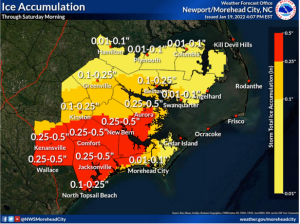 Heden said the area where meteorologists are least confident is in the middle of the region — including Kinston, Greenville and part of Beaufort County.

“It depends how much sleet mixes in in terms of how much snow or freezing rain you see,” Heden said. “Some of the trends have been colder, and that would support more sleet than freezing rain.”

The NWS is projecting that Beaufort County could see between 1 and 3 inches of snow and sleet between Thursday night and Saturday morning. 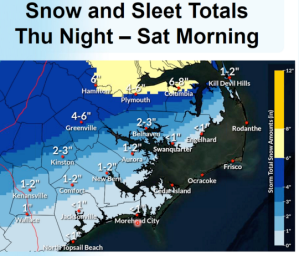 Heden said the precipitation is expected to end Saturday, but the cold temperatures expected Saturday could keep ice around for a while longer. Temperatures are expected to remain in the low 30s in Beaufort County on Saturday. 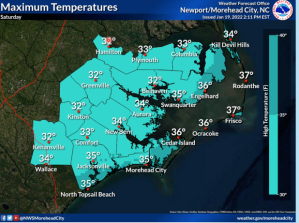 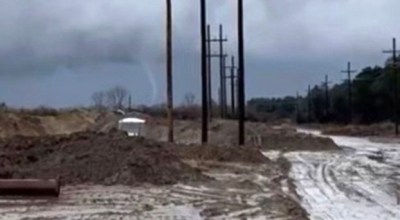 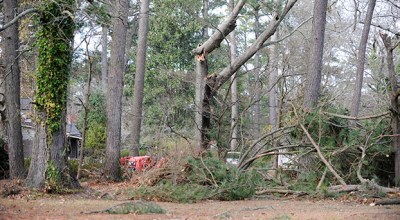 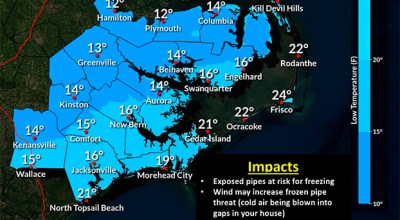 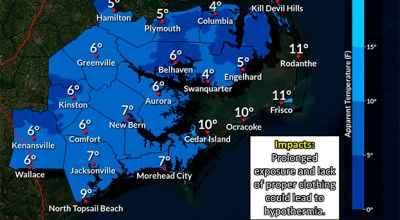