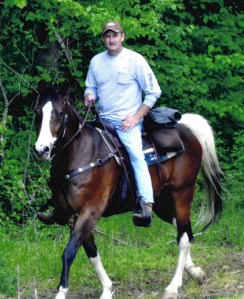 Funeral services will be held 11:00 AM Tuesday, January 25, 2022 from the Chapel of Paul Funeral Home & Crematory in Washington, conducted by D. J. Maxey.    Burial will follow at Oakdale Cemetery.

Mr. Hardy was born in Washington, N.C. on November 13, 1967.  He was the son of Janet Carawan Williams and the late Levie Jerome Hardy, Sr.  Mr. Hardy was a welder/fabricator for Oak Ridge Industries.  He was a hard worker and a jack of all trades.  In his spare time, Mr. Hardy enjoyed riding his horse in the Uwharrie National Forest.  He was a proud grandfather to Carter and Cash, whom he loved dearly.

The family will receive friends at other times at his son, Scott’s home, 1368 Horse Pen Swamp Road, Washington.

Paul Funeral Home & Crematory in Washington is honored to serve the Hardy family.