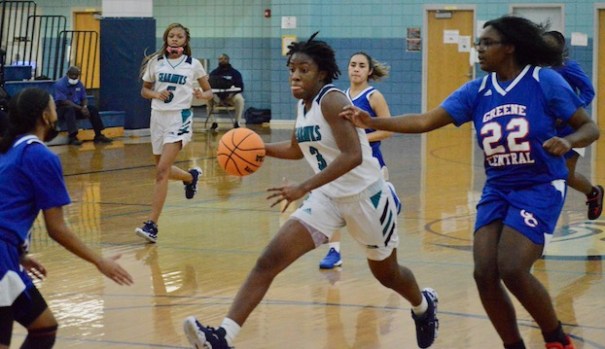 Ka’nyah O’Neal drives to the basket for two of her 32 points in Southside’s victory over Greene Central Wednesday. (Steve Barnes/Washington Daily News) 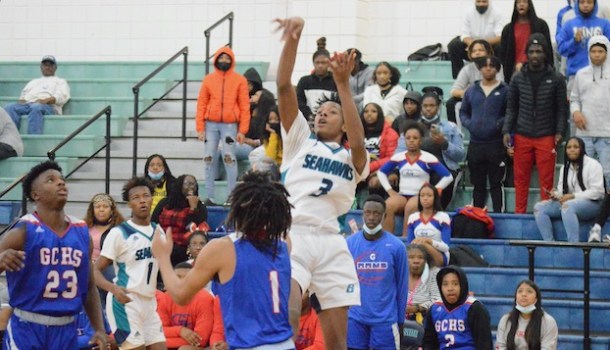 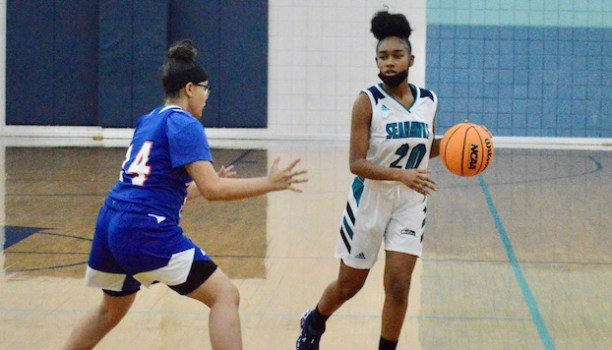 Janayica Jones was one of several young Southside players to step up during Wednesday's win over Greene Central. (Steve Barnes/Washington Daily News) 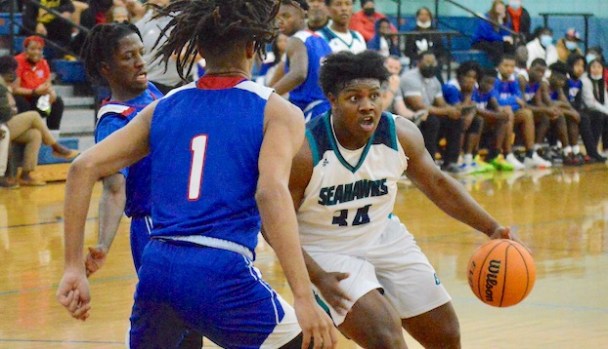 The Southside girls and boys returned to the court after a 12-day gap between games and the rust showed. The girls struggled, but prevailed, 44-36, while the boys lost, 60-32, to Greene Central Wednesday night at home.

The girls (8-2) were without two starters and five players overall because of COVID-19 issues, but junior Ka’nyah O’Neal was fully healthy and ready to play.

O’Neal poured in 32 points, right on her season average, grabbed 12 rebounds and swiped five steals to lead her team to the non-conference win.

She is the only upperclassman and kept her younger teammates involved through three quarters, then took over the game down the stretch to ice the win.

“She’s too unselfish sometimes, but knows when we need her to score and how to find her shots,” coach Milton Ruffin said. “We had some younger players like Reece Cutler and Janayica Jones step up tonight and play well. Ka’nyah does a little of everything for us every game, but we need more than just her to have a successful year. Our young players are improving and tonight was another step for them.

O’Neal made a layup, forced a steal which led to a Jones layup, then freshman De’Najah Warren hit a pair of free throws to push the lead back into safe territory at 40-29.

The Southside boys fell behind early, then battled back to a four point halftime deficit, 27-24, before collapsing in the second half against the Rams (13-4).

Greene Central turned up the defensive pressure in the third quarter to force multiple Southside turnovers that they converted into easy baskets.

Southside couldn’t get many shots to drop and scored four points in the third quarter and five in the final eight minutes.

“We just ran out of gas against a very good 2A team,” coach Davelle Whitney said. “I haven’t seen my guys for almost two weeks because of quarantine and that played a big part in what happened in the second half. At least they remembered what we worked on in practice and hopefully, we’ll get back into some kind of rhythm next week.”

The Seahawks (3-8) had won three of four before the COVID pause.