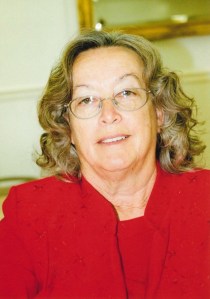 A funeral service will be held at 11:00 AM Monday, January 24, 2022 at New Life Pentecostal Church, officiated by Chris Gimpel. Burial will follow in Oakdale Cemetery in Washington.

Mrs. Cooper was born in Beaufort County on March 3, 1943 to Edgar Keech and Bertie Lee Moore Keech. On March 29, 1975, she married William George Cooper, who preceded her in death on February 27, 2021.  Mrs. Cooper was a homemaker. She previously worked at National Spinning, and in childcare. She was a grandmother to many. Both her family and church, New Life United Pentecostal Church, were very important to her. She loved her dogs and plants.

Survivors include a son, Robbie Johnson, of Jacksonville, AK; three daughters, Emily Parker, Tammie Johnson, and Lisa Bargelt, and her husband Leo, all of Washington; stepson, Ray Cooper of Greenville; stepdaughter, Georgia Scherer and her husband Jeff of Washington; two brothers, James Keech of Goldsboro, and Marvin Keech of Scotland-Neck; 15 grandchildren and 7 great-grandchildren.

Paul Funeral Home & Crematory of Washington is honored to serve the Cooper family.