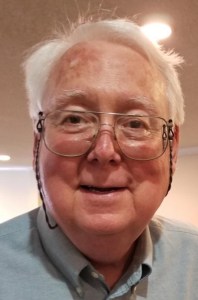 He was born February 21, 1946, at Beaufort County Memorial Hospital in Washington, NC, the son of the late Harry Leigh Wahab and Lyndell Wahab, who survives. He was preceded in death by his uncle, Howard Wahab, aunt Marcia Wahab Sugg and aunt Sarah Wahab Moore. He devoted his life to the education of his students, teaching generations in the Hyde County Public School system for 35 years. An avid lover of the water, he adored sailing and fishing, putting into practice the lessons his father taught him.

He is survived by his wife, Janice Schurman Wahab, and their son, John Cole Wahab; brother George Wahab and his wife, Mary Ellen Wahab, their daughter, Brett Wahab Hargis and her husband Mike Hargis; cousin, Anna Riddick; brother in law C.M. Harris and his wife, Lynda Harris, their three daughters, Anna Hovancik, Melanie Coffey and Meghan Mixon and their husbands, Dan Hovancik, Shane Coffey and Garrett Mixon, and their combined 12 children. His memory will forever be cherished by those who will always love him.

Memorial services will be announced at a later date.

In lieu of flowers, donations can be made to St. James Episcopal Church, 545 East Main St., Belhaven, NC.

Online condolences may be sent to the Wahab family at www.hamptonfuneralnc.com

Hampton Funeral and Cremation Service of Boone is in charge of the arrangements.