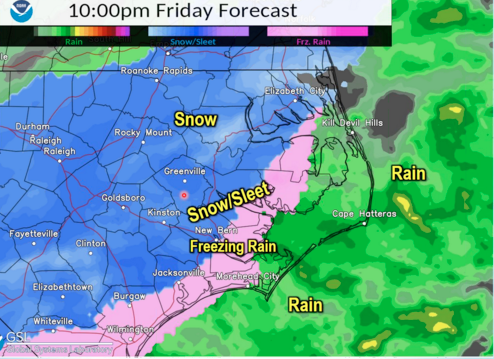 This National Weather Service graphic shows how the weather could look around 10 p.m. Friday night.

Parts of eastern North Carolina got a break from wintry weather early Friday, as the first round of precipitation left the area and the second round drew closer.

The second round of precipitation in Beaufort County is expected to begin with sleet Friday evening, and a transition to snow is expected around 8 p.m. The snow is forecast to fall from 8 p.m. Friday until 5 a.m. Saturday, but the period of heaviest snowfall is expected to be between 8 p.m. and 1 a.m.

The Beaufort County Office of Emergency Services shared these notes about this weekend’s inclement weather:

·      Ice Accumulations: Generally speaking, the further north and west you are, the less ice you will receive, with areas northwest of Chocowinity Bay, Goose Creek, Terra Ceia and Pantego now out of the area of concern for significant amounts of additional ice. Areas southeast up to Edward, Bonnerton, Durham Creek and Pamlico Beach are forecasted to receive up to a tenth of an inch of ice, with a quarter to half of an inch possible for Aurora, South Creek and Cambell Creek. Again, this ice accumulation is primarily expected early Friday afternoon / evening, and these totals could fluctuate, varying drastically in a matter of miles.

·      Snow Accumulation: In terms of snow, the further north and west you are, the more snow you are likely to get. Areas north of Washington, Pinetown, Terra Ceia and Pantego could receive 4 to 6 inches of snow. Areas along the Chocowinity, Bunyan, Bath and Belhaven corridor could receive 3 to 4 inches. Areas along the Blounts Creek, Bayview, Sidney and Pamlico Beach communities could receive 2 inches, with areas further east receiving 1 to 2 inches. Again, snow accumulation is primarily expected late Friday night through 5 a.m. Saturday. 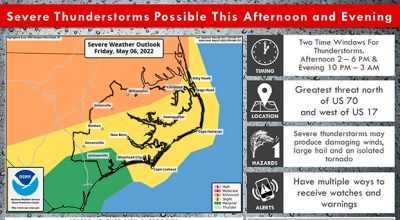 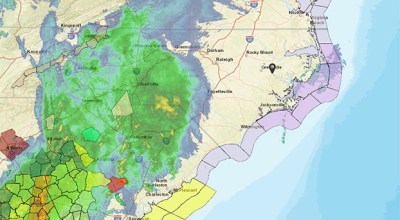 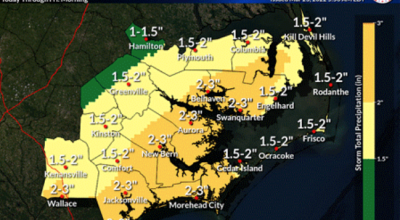 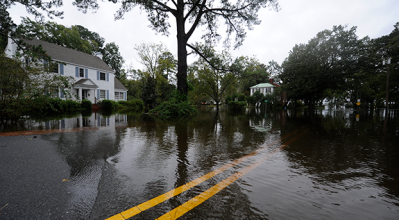 Friday is now a remote learning day for Beaufort…