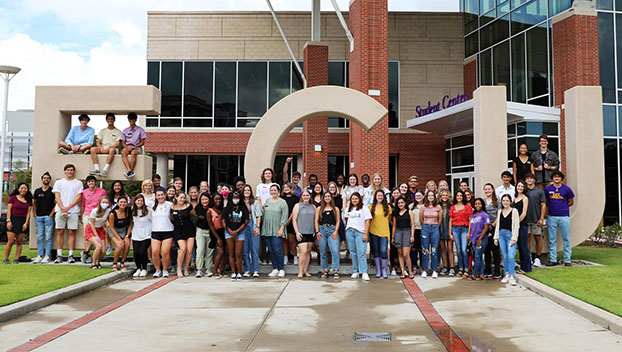 GREENVILLE — A $1 million planned gift in addition to an eight-figure, long-term estate gift will support the EC Scholars program at East Carolina University.

“We feel like the best way to propel the university is to have very high-quality students. They lift everyone else with them. We think that program is particularly important,” Burney Warren said.

The EC Scholars program is the most prestigious undergraduate award program at ECU. The program offers a significant scholarship valued at nearly $64,000 and provides high-impact learning experiences for a select group of undergraduates. EC Scholars are part of the Honors College and exhibit outstanding academic performance, engagement in the community and effective leadership skills, and embrace a study abroad experience.

“These are students who, in a very positive way, change the reputation of the university,” said Dr. Todd Fraley, director of the EC Scholars program. “They’re winning prestigious awards, they’re getting grants, they’re doing amazing research, they’re going to respected graduate programs — these students touch every single aspect of the university. They come here, they have goals and they take advantage of everything ECU has to offer.”

“Burney and Judy Warren’s planned gifts are crucial to ECU’s future success. They are loyal Pirates and truly embrace the spirit of service that is so important to our culture and mission. The EC Scholars program brings exceptional students to this university and prepares them to make a mark on the world, which wouldn’t be possible without the sustained support from generous donors,” Rogers said.

Support from ECU donors like the Warrens is essential. It will allow scholars to be involved in so much more than they are now, whether that’s summer internships (past scholars have worked with the Atlanta Aquarium, U.S. Olympic Training Center and Google), conferences, leadership experiences or research opportunities. It could even help increase the amount of scholarship money available to offer students, Fraley said.

“Knowing that these resources will be there makes you feel good. We are very thankful for the Warrens’ generous gift and their continued support,” he said. “It shows that we’re sustainable. The EC Scholars program is going to be a long-term part of this university.”

Burney Warren graduated in 1970 with a bachelor’s degree in business and went on to become an executive vice president of BB&T. He’s a past chairman of the ECU Foundation board and continues to serve on the executive committee during retirement. He and Judy still live in Greenville. Their son James graduated from ECU in 1996. Their son Scott attended ECU before graduating from Appalachian State University. And their granddaughter Tess is a current ECU student. 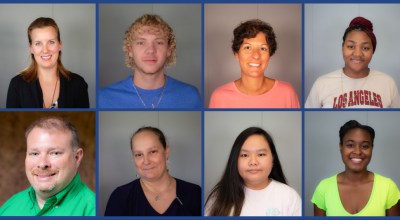