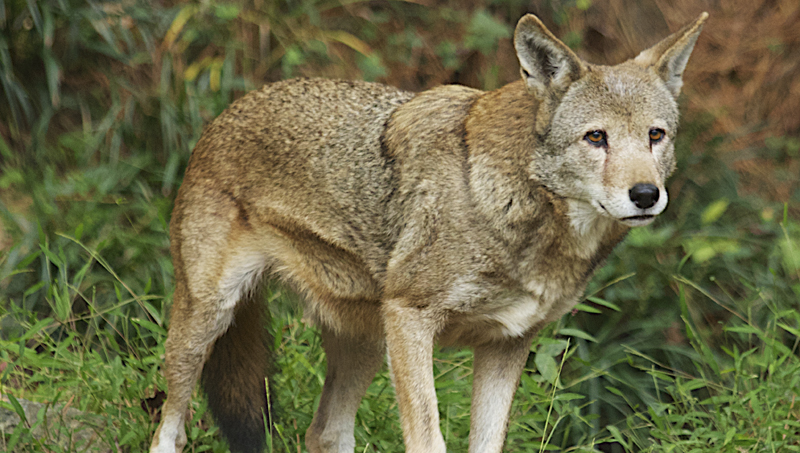 The U.S. Fish and Wildlife Service on Feb. 1 will hold a remote public information session regarding its red wolf conservation efforts in and around Beaufort County.

The topics that will be covered include the recent transfer of nine red wolves to Service refuges, and upcoming court-ordered release of the wolves into the wild in the North Carolina nonessential experimental population, an area that spans the five counties of Beaufort, Dare, Hyde, Tyrrell, and Washington. The two-hour meeting will begin at 7 p.m. All attendees are required to preregister.

There will be opportunities to submit questions through the registration platform as well as during the meeting itself.

“The U.S. Fish and Wildlife Service is working under a federal court-order to implement its Red Wolf Release Plan this winter,” a notice about the meeting reads. “We know that the success of our red wolf program in North Carolina will depend largely on how well we can partner and communicate with landowners, the state of North Carolina, and the community. We want to provide information, listen to your concerns, and to open lines of communication between the Service and the public.”

Red wolves are a critically endangered species. North Carolina is the only place in the world where wild red wolves can be found. They once were common throughout the eastern and south central United States, according to the FWS, but their populations were decimated by the early 20th century “as a result of intensive predator control programs and the degradation and alteration of the species’ habitat.”

The total population of red wolves within the NEP is estimated to be between 15 and 17, with eight wearing active radio-collars.

In March 2021, the FWS developed a release plan to resume reintroductions of captive red wolves and reestablish successful red wolf breeding within the NEP.

In early 2021 the FWS identified four individual red wolves, at three separate SSP partner facilities, for release into the NEP. All four red wolves — a group consisting of two males and two females — arrived at the NEP in late April. All four red wolves were fitted with GPS collars and placed in temporary acclimation pens — one pair at the Alligator River National Wildlife Refuge, and the other at Pocosin Lakes National Wildife Refuge.

On Oct. 3, the lone surviving red wolf released from captivity in the spring was shot and killed “on private land in the general area where he had established a territory over the last several months,” the FWS said.

“The red wolf was killed by a private landowner who indicated the wolf was in the general vicinity of the landowner’s chicken coop,” according to the FWS. “The landowner self-reported the incident to North Carolina Wildlife Resource Commission Law Enforcement as soon as it occurred.”