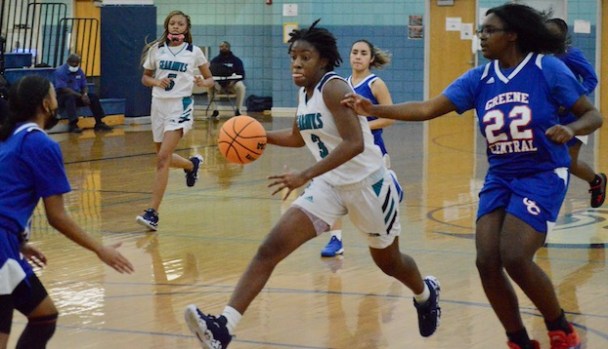 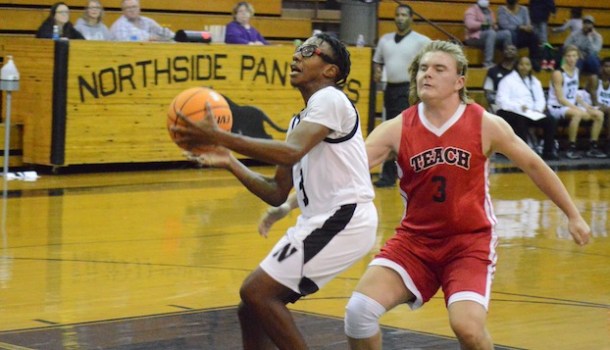 The recent winter weather wreaked havoc with the local high school basketball schedule the last two weeks, but area fans won’t have to wait as long for round one of the Northside-Southside rivalry match.

The Seahawks were supposed to host a week ago Friday, but the weather wouldn’t cooperate. The game was moved to Feb. 5th, but postponements over the weekend caused the final re-scheduling to Wednesday night.

“I’m just ready for things to settle down so we can practice and get some games under our belt,” Northside boys coach Jared Adams said. “It’s always fun to play them and our school community will be excited. Neither team has practiced much lately, so nobody will have an advantage.”

Both coaches see positives from games against 2A opponents and Southside’s Davelle Whitney is ready to face the Panthers.

“We had won three straight and were in a good rhythm before the COVID pause and the snow,” he said. “Northside plays hard and they have some good shooters and we have to defend well and control the boards, so we can get out and run our fast-break.”

Donta and younger brother Manvonte Deloatch along with Kenjray Coffield average in double figures for Southside, while Briley Cooper (13.7) and Keifer Boyd (13.3) pace the Panthers.

“Emotions will be running high on both sides and the place will be packed,” Adams said. “We need to stay calm, run our offense and not force our passes or shots. It will be fun and I’m looking forward to getting back on the floor.

Southside junior Ka’Nyah O’Neal leads the area in most categories with 31.7 points and 13.2 rebounds per game to go along with five steals and three assists per contest.

“We are more than a one-person team,” Southside coach Milton Ruffin said. “Ka’Nyah is definitely our go-to, but our young freshmen have improved every time out and have taken some of the load off her. We will have to deal with Northside’s inside presence (Buck) and talented point guard (Sawyer), but we will show up ready for the challenge.”

Freshmen Tamya Smith (6.9) and I’Kirilah Minor (6.7) are the second and third leading scorers.

The teams almost met in the East finals last season, but neither could get past Princeton, (now in 2A), which ended the Seahawks season a game before eliminating the Panthers.

“We want to get back there and this is another test along the way,” coach Michelle Leathers said. “Obviously Ka’Nyah is an outstanding player and we’ll try to counter her by moving the ball and playing solid defense. Everyone knows their role and we’re hard to beat when we share the ball and defend.”

The teams will meet again Tuesday at Northside.