Wilkins on living in Washington: ‘They ran me out of that little small town’ 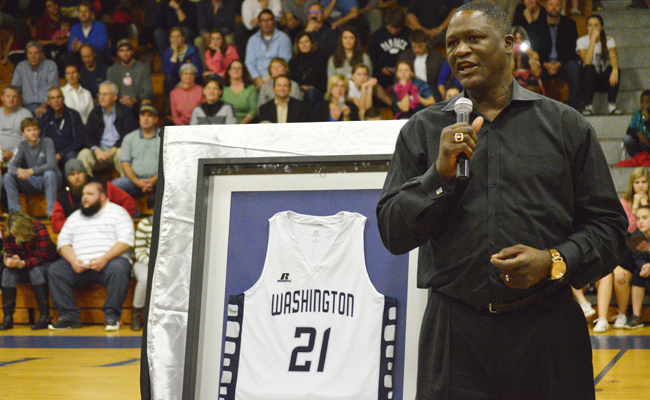 Dominique Wilkins, an NBA Hall of Famer, nine-time all-star and Washington native who led the Pam Pack to consecutive basketball state championships in 1978 and 1979, mentioned his time in Washington in an article he wrote as part of the Associated Press’s “NBA at 75” series.

“When I came out of high school, because I’d signed with the University of Georgia, they ran me out of that little small town in Washington, North Carolina,” Wilkins wrote. “I had a cross burning in my yard, so I know what it looks like. And I never experienced anything like that until I went south. I’ve seen it firsthand. But I’ve always been the person to stand above it all and try to take a negative and turn it into a positive and not let them discredit who I am or treat me less than a man.

“When I was in high school, we had a Black prom and a white prom,” Wilkins added. “The Black prom was at the recreation center, the white prom at the high school. I can’t make this up.”

Wilkins’ time in Washington was featured throughout an ESPN documentary and led to his long-awaited return to the town in 2014.