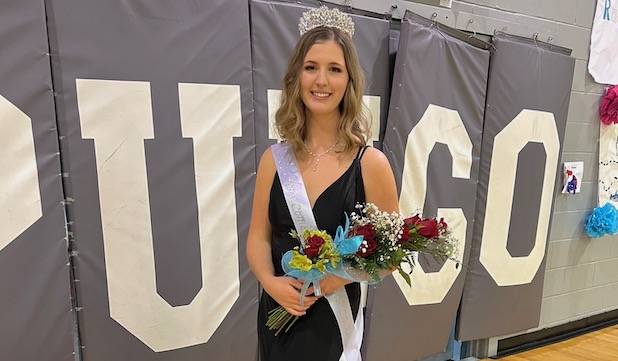 The Pungo Christian Academy boys remained undefeated in conference play and the girls completed the sweep of Northeast Academy on Homecoming.

The boys extended their winning streak to six games with a 74-25 victory. The Raiders used a balanced attack the entire evening leading to the wide margin of victory. Five of the eight Raiders scored in double figures with Deacon Etheridge leading the way with a career-high 16 points. Drew Van Staalduinen and Wilson Sawyer each added 11 and Josh Reynolds and Maddox Lee chipped in 10. Devin Cadle was responsible for setting up much of the points for the evening, dishing out a career-high 15 assists.

“Winning six straight with a full roster only twice has not been easy and I’m proud of our guys for their hard work to this point,” coach Logan Van Staalduinen said. “Maddox Lee and Drew Van Staalduinen have stepped up as sophomores during conference play.”

Lee has scored 20 or more points in four of six league games, while Van Staalduinen has averaged 15 points in conference games.

The PCA girls led wire-to-wire for a 58-42 victory. All seven Lady Raiders scored and three made double figures.

Junior center Reagan Stoop led with 15 points, Abbey Cutler had 13 and Ashley Williford had 12 as PCA raised its record to 10-5 and 5-1 in the Tar Heel Independent Conference.

“We played great team basketball on both ends,” assistant coach Leigh Stoop said. “We had 24 steals on defense and rotated the ball to whoever was open on offense.”

Monday night was also homecoming for the PCA as nine girls ran for the chance at being named Homecoming Queen. Senior Hannah Van Staalduinen won, while Cutler was runner up.

Both teams will face Northeast Academy again on Wednesday in Lasker, NC before taking on the Warriors of Lawrence Academy on Friday. If the boys win out, they will clinch a top two seed in the upcoming TIC tournament.