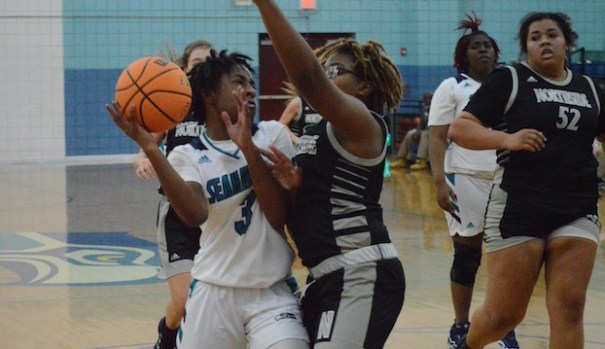 Southside’s Ka’nyah O’Neal scored all 23 of her teams points in the fourth quarter against Northside. (Steve Barnes/Washington Daily News) 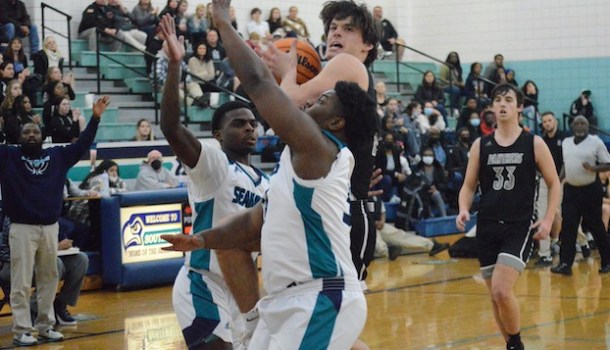 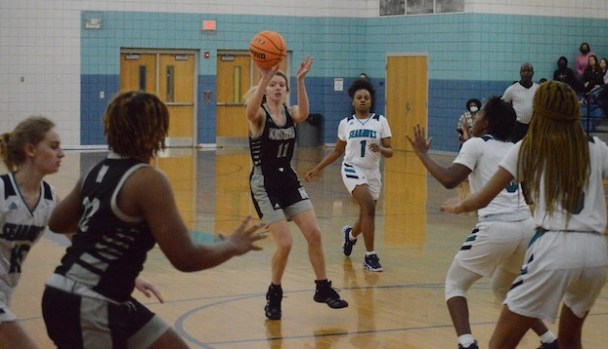 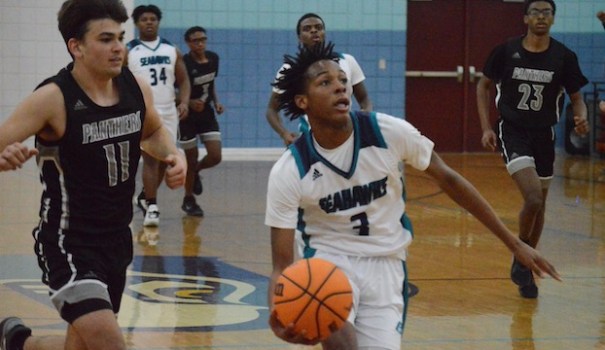 The Southside boys continued their perfect start in Coastal Plains Conference action with a 58-56 home victory over county rival Northside, while the Panthers girls withstood a Ka’nyah O’Neal second half onslaught to defeat the Seahawks, 68-60.

Northside (8-1, 1-1) used a balanced scoring attack to offset O’Neal who had 38 of her 47 points in the second half, including all of Southside’s 23 points in the fourth quarter.

The 5’10 junior is the only upperclassman who sees significant playing time and tried to bring her team back from a 13-point deficit in the third quarter single-handedly.

“Our youth showed the most on defense,” coach Milton Ruffin said. “We failed to get back consistently and they made layup after layup. Ka’Nyah played her heart out, but she can’t do it by herself.”

O’Neal added 17 rebounds and six steals to her nights work, but the Seahawks fell to 9-2 and 2-1 in league play.

“We moved the ball well and executed our fast-break very well,” coach Michelle Leathers said. “Ka’nyah is an outstanding player, but we rebounded better in the second half and got into a good offensive flow.

Southside jumped out to a 12-3 advantage in the boys game and managed to withstand a Northside fourth quarter comeback for a narrow victory. The Seahawks (5-8, 3-0) led 35-24 at halftime, but the Panthers (7-4, 0-2) fought back to tie entering the final quarter.

Manvonte Deloatch made a layup and hit a pair of free throws down the stretch before Briley Cooper’s three-pointer at the buzzer set the final margin.

“Our athletes played well enough to win tonight,” coach Davelle Whitney said. “Northside is a very good team and we kept our composure despite missing some big free throws in the fourth quarter.

Manvonte Deloatch led the scoring with 16 points, while older brother Donta had 11.

Cooper led the Panthers with 25, while Quay Artis had 14.

“We only played well in the second and fourth quarters and still had a great chance to win,” Northside coach Jared Adams said. “Turnovers killed us in the first quarter, but we battled back and almost pulled it out.”