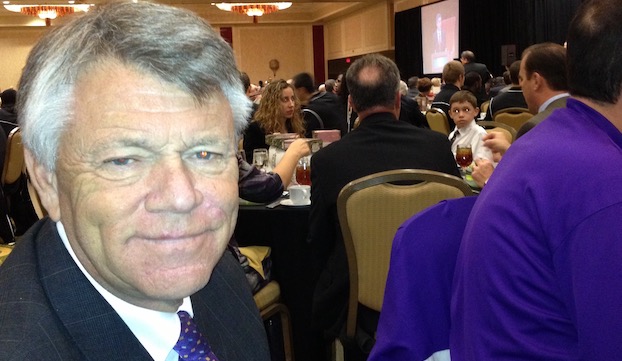 He will be formally inducted during an August ceremony in Cary along with the three others in the Class of ’22 and the four members of the Class of ’21, whose enshrinement was postponed because of COVID-19.

“It is an unbelievable honor to be chosen,” Robinson said. “The most accomplished coaches and athletes in our state are part of this and I’m amazed and humbled to be joining them. I have been very fortunate to have worked with supportive players, assistant coaches and administrators who were of tremendous help along the way. I wouldn’t be here without them.”

Robinson won 239 games in 24 years as Williamston’s head coach, including 1A state titles in 1995 and ’99 along with four other trips to the championship game.  His teams also won seven conference titles.

WHS won 10 Conference Cup trophies for overall athlete excellence during his time as athletic director and was also an assistant coach for back-to-back state championships in 1974 & 75.

Notably, Robinson is credited with founding the statewide NC Shrine Bowl Combines and served as the Shrine Bowl head coach for NC in 2002 and as an Assistant in 1996, all the while helping young coaches learn the professional ropes.

“He’s been a huge help to me since I’ve been at Washington High School,” coach Perry Owens said. “He’s helped me organize my practice schedule and given me ideas on how to find solutions to things that come up. He is a wealth of knowledge and I’m grateful for his wisdom and feedback. I can ask him anything and he’ll have an answer. He has done everything in the coaching profession and very much deserves to be enshrined with the best in our state.”

Other members of the Class of ’22 include Franklin “Danny” Anderson of Granite Falls, who coached at Starmount, Maiden and West Caldwell, Raleigh-area coach and athletic director Hal Stewart and long-time Wilmington Laney tennis and volleyball coach Ruby Sutton.