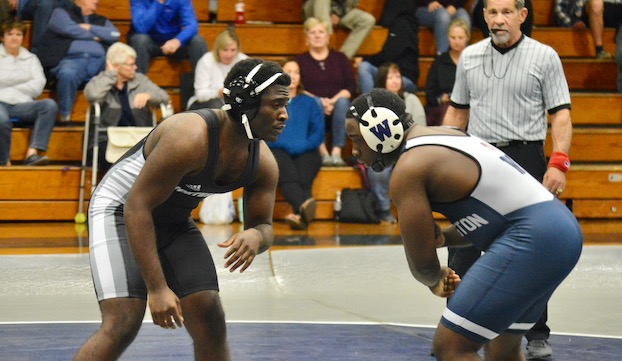 Columbus led the Panthers to a fifth place finish behind the champion host school, while Southside finished sixth.

“Terry was the top seed in his weight class and performed as such,” coach Daniel Garcia said. “He’s a great leader for us and sets the tone at practice every day. He’s had a tremendous year which is a product of his hard work.”

Seven of the 10 Panthers who competed finished in the top four in their weight class. Faithful Fulcher was second at 120 lbs., while Landon Buck (195) and Keon Satterthwaite (285) took third. Ian Asby (126), Christopher Alonso-Burgos (152) and El Lee Roberts (220) were fourth.

“I’m very pleased with those finishes and we are looking forward to the individual regional in a couple of weeks,” Garcia said. “I only lose two seniors for next year, which means 14 return and hopefully we’ll have some new guys. We finished our first year with four, so I’m very pleased with how the program has grown.”

“I am so proud of each of these guys,” Seahawks coach Stanley Dixon said. “We are in our third year as a program and these guys have laid a strong foundation.”

Both schools will send several wrestlers to the 1A individual regional at Rosewood HS Feb. 7.