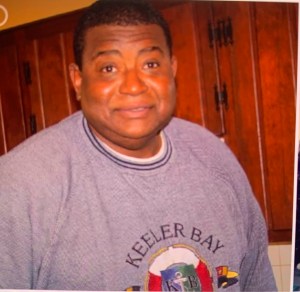 Kenneth Wayne Rogers, loving husband, son, brother, nephew, uncle, cousin, and friend, died at his home in Jamestown, NC on January 21, 2022.  He was born on January 12, 1958 in Washington NC, son of Annie Slade Rogers Moore of Blounts Creek and the late Edmond Rogers of Washington. He was a proud graduate of Washington High School (class of 1976) and University of North Carolina at Chapel Hill, which he attended on a football scholarship 1976 – 1980, returning to graduate in 1990.  Kenny was full of life and laughter; a smile was always on his face. It wasn’t that he was the life of the party, but he was the party. Kenny had many friends – he was the connection that held everyone together.  Besides his mother, Kenny has left behind a wife and loving partner, Ann Meehan; sisters Valda Richard (James) of Washington, Deloris Moore of Chocowinity; brothers Edmund Rogers of Virginia Beach VA, Alvis Rogers (Cheryl) of Pittsburgh PA, Harvey Pelham (Earlene) of Norfolk VA, Delbert Powell of Saxpahaw NC; Aunt Mickie, Aunt Bert and Uncle Pete; sister-in-laws Kathleen Meehan, Jackie Abou-Rizk, Sarah Mitchell and brother-in-laws John Meehan and Dennis Meehan, and a multitude of nieces, nephews, cousins and friends.  Kenny of would have liked to know that he was able to help others to have the opportunities he was so blessed to receive. Contributions in Kenny’s memory should be made UNC Educational Foundation/Rams Club P.O Box 2446, Chapel Hill, NC 27515 or Eagle’s Wing P.O. Box 426, Washington, NC 27889 (a Food Pantry serving Washington and Beaufort County).  Viewing will be at Leon Randolph Funeral Home in Washington on Sunday January 30 from 2-5pm.  Funeral at Metropolitan AME on January 31 2022 . Family requests that masks to be worn and social distancing be followed. Vaccinations will be required.