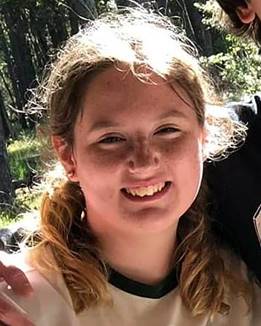 Mary Pagliaro, the 15-year-old Belhaven resident who was reported missing Tuesday, was located unharmed in Virginia on Thursday night.

Investigators determined that Pagliaro had gotten into a car with individuals she met in an online chat room, according to the Belhaven Police Department. The group then travelled to Williamsburg, Virginia.

“Even though Mary Pagliaro volunteered to travel with the adults, due to her age, her consent did not matter,” BPD said in a release.

Shortly after Pagliaro was first reported missing, the Beaufort County Sheriff’s Office offered a Crime Stoppers award for information leading to her discovery.

“Over the course of the next 12 hours, BPD officers began various legal processes to search several social media accounts, in the hopes of finding clues to the location of Ms. Pagliaro,” BPD said. “On the morning of Jan. 26, 2022, an investigator with the Beaufort County Sheriff’s Office contacted the department and stated that an office in Greenville, NC, consisting of members of the Greenville Police Department (GPD), North Carolina State Bureau of Investigation (NCSBI), and the Federal Bureau of Investigation (FBI), had heard about the case and offered their assistance.

FBI agents then started knocking on doors at various locations throughout Virginia, and the agencies kept working together to find Pagliaro.