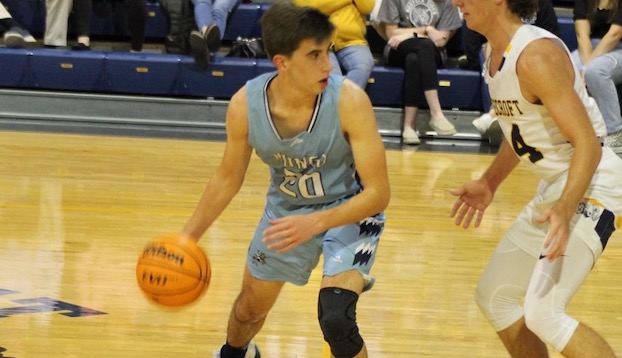 The boys (12-9, 7-1) took their first conference loss after leading by five going into the fourth quarter.

PCA took a seven point lead with just under three minutes to play before Lawrence went on a run. The Warrior had the ball down one with 19 seconds left when Charlie Spruill hit a go ahead jump shot.

The Warriors made two more free throws after a late foul again for the 67-62 upset victory and PCA’s first conference loss of the season.

“Coaching errors and turnovers killed us,” head coach Logan Van Staalduinen said. “I made a few decisions down the stretch I wish I could take back. We had way to many unforced turnovers to win this game. We still control our own destiny for a regular season championship and this loss should fuel our team for a post-season run.”

On Wednesday the boys won their seventh straight conference contest, 59 -25 win at Northeast Academy. The Raiders started the game on a 26- 0 run, blanking the Eagles in the first quarter and well into the second. The Raiders led 38-5 at halftime and Northeast Academy elected to start a running clock in the third. Sawyer scored a career-high 22 points in the victory. Drew Van Staalduinen added 12.

The Raiders are now tied for first in the TIC with Ridgecroft School. The two played late Tuesday in Ahoskie for the league lead.