Washington: the gem of the East 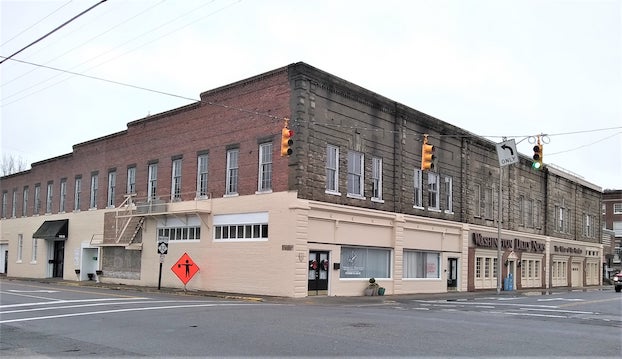 Here is another iconic building in my ‘Know Your Town’ series that features historic buildings and houses in Washington and the amazing history behind them.

This beautiful historic building on the southeast corner of Market and Third Streets was once an Opera House, built in 1912 by R. T. Hodges. The building was known as The Hassell Supply Company. The first floor was Hassell’s Supply Store that sold wagons, carts, farm and agricultural equipment, and even horses and mules.

The Opera House was on the second floor and had a 1,000 seat auditorium, dressing rooms, stage and balcony. This was the second Opera House that Washington had.

The first, Brown’s Opera House was located at the northeast corner of Main and Market Streets. With the two opera houses, a vaudeville theater, various halls for banquets, and several motion picture theaters, Washington was called the ‘gem of the east’ because of the entertainment it had to offer.

When this structure was built, it was the largest building per square foot in Washington. Hassell’s Opera House was used until around 1921. The Building Complex is listed today historically as The M. (Mason) A. Smith Shirt Factory Building because in March 1912, the Smith Shirt Factory sustained a total loss of their building near Ninth and Market Streets along with its stock, machinery and fixtures because of a fire at the nearby Tar River Hosiery and Knitting Mill.

The Smith Shirt Factory moved in and occupied the top floor in addition to the Opera House. The Opera House portion later closed and became home to other businesses.  At various times this building housed bowling alleys, a dance hall, classes for Beaufort Community College, and Rumley’s Auto supply.
The shirt factory prospered here for decades. Upon Mr. Smith’s retirement, the factory moved to Sixth Street and owned and operated by Fred Moore.  The building is now home to the Washington Daily News, and other businesses. It was also once the home of The Washington Fire Department.

Attorney Watsi M. Sutton’s Law Firm, which is Beaufort County’s first African American female-led law firm, was located here until December 2021.  She had her office in the corner location facing Market Street.   Lloyd M. Roberts who worked at the Washington Daily News as a sterotyper/typesetter from 1946 to 1974 was one of the first African American employed at the Daily News.