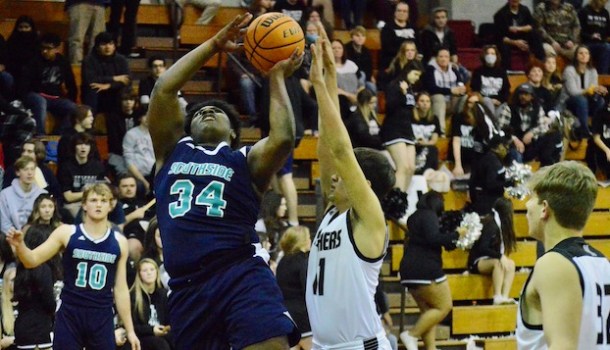 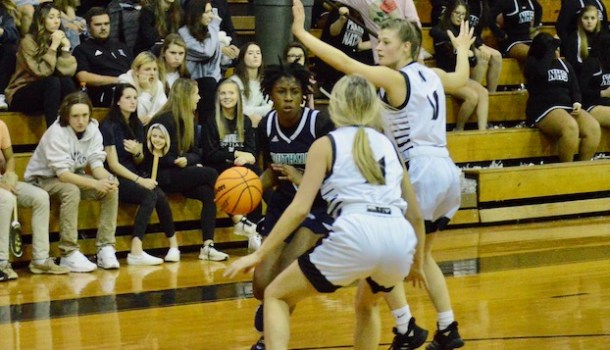 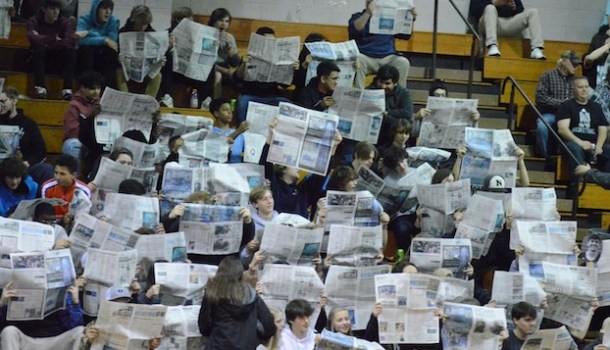 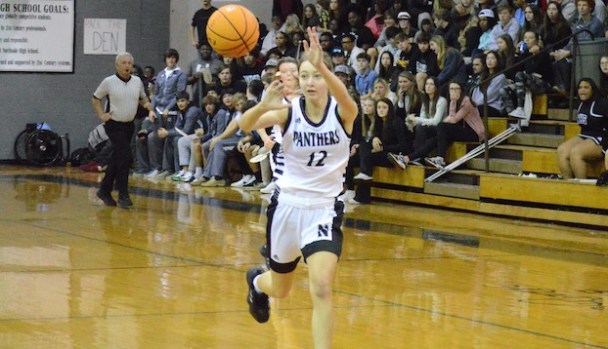 Northside’s Jean Grace DeHoog had 14 of her 16 points in the first half of the Panthers win over Southside. (Steve Barnes/Washington Daily News) 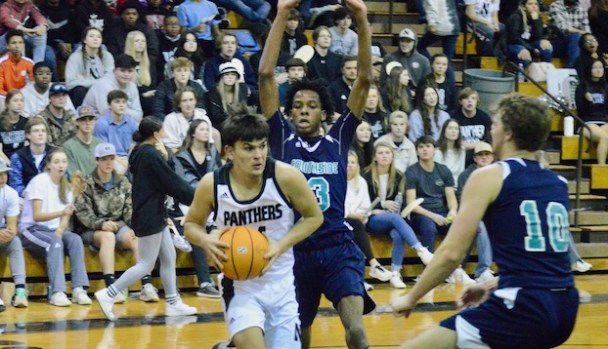 Keifer Boyd drives to the basket for two of his 13 points in Northside’s home loss to Southside Tuesday. (Steve Barnes/Washington Daily News)

Northside’s raucous student section provided vital support during the girls victory, but couldn’t pull the boys through in the re-match against county rival Southside Tuesday night.

Round one went to the Northside girls and the Southside boys last week at Southside and the results were the same despite the change of venue.

“Our young team didn’t handle this loud, hostile environment well at all,” Seahawks coach Milton Ruffin said. “We rushed our shots, didn’t get back on defense and turned the ball over too much. We’ll learn from it and move on.”

“I told Jean Grace that she needed to step up her scoring and she did,” coach Michelle Leathers said. “We need to develop our fourth and fifth players into scorers and she did it tonight. Our team is comfortable playing in front of our fans and our transition offense was very effective.”

The boys game was tight all the way and came down to a flurry of Seahawk 3-pointers and several missed Panthers free throws as Southside prevailed 60-55.

Kenjray Coffield, Danta Deloach and younger brother Manvonte buried back-to-back-to-back threes for a four point lead, then Shawn Gerard hit another one after a Panther score for a 55-53 lead with 1:50 left.

Quay Artis hit a layup for Northside to tie, but Manvonte Deloach hit a basket, swiped a steal and made one free throw for the final margin.

“Our guys made plays when they needed to against a tough team in a tough environment,” coach Davelle Whitney said. “It means a lot to get a win against your rival at their place with the crowd against you. This will give us confidence the rest of the way.”

“We couldn’t make any shots and our free throw shooting (7-23) cost us the game,” Northside’s Jared Adams said.

Keifer Boyd and Artis paced the Panthers with 13, while Briley Cooper added 10.