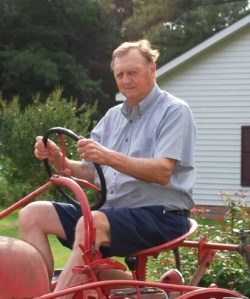 Joe (affectionately known as “Piggy”) spent his early years with his Mizelle family in Jamesville, NC. He attended Jamesville School.

He and his brother Eddie would often visit their grandmother in Warwick. He often talked about those visits over the years and one of his favorite memories was his grandmother’s Hungarian Apple Pie. On his visits there, he would also help his father in the print shop he worked at, running the printing press.

Early in his career, Piggy went to work at Reddick Equipment Company. Later he started his lifelong career at Weyerhaeuser. When he was not at Weyerhaeuser, he enjoyed assembling grain bins, working with his wood splitter and tinkering on tractors.

There will be a 11:00AM graveside service held at Jamesville Cemetery on Friday, February 4, 2022.

The family would like to thank everyone for their support during this difficult time.