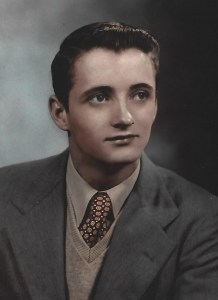 Mr. Ola Forbes, Jr., 89,  a resident of Chocowinty, NC, passed away peacefully surrounded by his family at his home.

A public celebration of his life will be held at 11 a.m., Saturday, February 5 at Wayside Presbyterian Church in Chocowinity conducted by his nephew, Pastor Worth Forbes and his brother Pastor Bill Forbes.

Ola was in the Army between1954 – 1956 and received an Honorable discharge.

He was employed with the Pitt, Beaufort, and Pamlico County school systems as a French and English teacher.  During this time he farmed and ran a hog farm operation.  He shepherded his beloved goats and sheep as his favorite hobbies along with taking long walks and enjoying nature. Ola was the Pastor of Wayside Presbyterian Church for 52 years ministering to his faithful congregation.

Special thanks for the prayers and support from our Church family and caregivers during this time of need.

Flowers are welcomed and may be delivered to Wayside Presbyterian Church from 9:00 am until 10:30 am prior to the service and memorials may be made to, Wayside Memorial fund, P.O. Box 70, Chocowinity, NC  27817.

The Forbes family is honored to have Cotton Funeral Home to serve their family at this time.