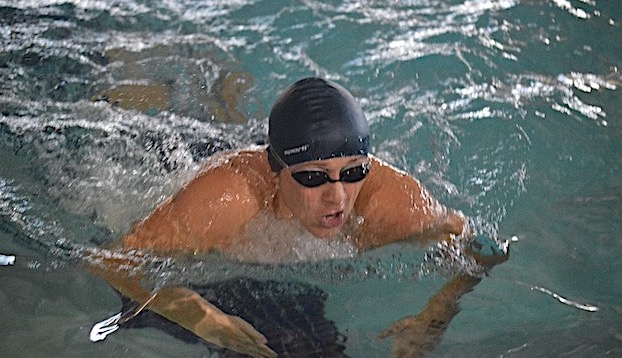 Hinchey will swim in the 100-yard breaststroke and the 100 freestyle also with teammate Austin Waters.

The two will team with senior Jackson Wilder and freshman Victor Hill in the 200 and 400 freestyle relays.

Junior Delta Cole will represent Southside in the 50 and 100 freestyle, while younger brother Ty, a sophomore, qualified in the 200 freestyle and senior Campbell Barnes made it in the 50-freestyle.

The Washington boys finished sixth in the 1A/2A East regional, one of three across the state that sets the field for the state tournament, while the girls were 16th. Raleigh Charter won both regional meets.

Barnes was the top finisher for the Washington/Southside combined squad with a fourth place finish in the 50-freestyle. His time was 17th best overall for state tournament seeding purposes.

Hinchey was fifth in the 100-freestyle and is seeded 22nd for the state meet, and sixth in the 100-breaststroke for 17th place.

Both the 200 and 400-freestyle relay teams were fifth in the regional and are seeded 18thand 20th for the state meet.

On the girls side, junior Abby Lewis finished eighth in the 200-indiviudal medley and was part of the 10th place 200 freestyle relay and the 14th place 200 medley relay with seniors Sydney Smithwick and Aspen Sommers and sophomore Elana Hill.

For Southside, Cole was fourth in the 50-freestyle for an 11th place seeding in the state meet and seventh in the 100-free, which puts her 18th for Saturday.