Commissioners give preliminary approval for work on Project Oak 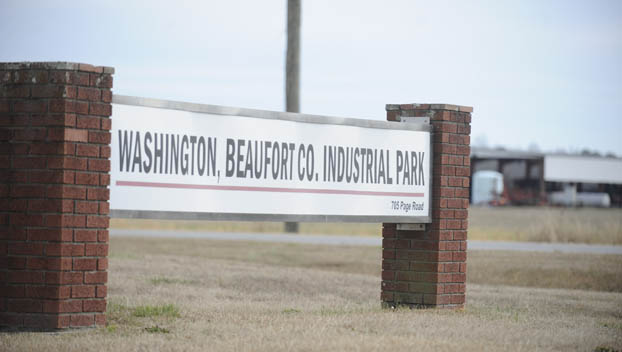 The Beaufort County Board of Commissioners on Monday gave approval for county administrators to begin drafting documentation the granting of two lots within the Washington-Beaufort County Industrial Park to “Project Oak,” which involves a company that is looking to build a 60,000-square-foot building in the park, invest $4.5 million and create 50 jobs.

County Manager Brian Alligood said Monday’s approval was a preliminary step in the process of going forward with the project, and there is still plenty of work to be done before it is finalized.

The industrial park is co-owned by the county and the City of Washington. By way of an inter-government agreement, the county is acting as an agent for the city in the paperwork involved in granting the land to Project Oak. The city will still need to make its own decision on whether to grant the land to the company.

The two lots involved in Project Oak are located between the IMT and Oak Ridge Metal Works buildings, across the road from Caldwell Marine Designs and David’s Trash Services.

“It is estimated the property tax revenue paid to the county and city will pay for the lots priced at $15,000 per acre within four years,” The document says. “Project Oak is stating the project is competitive in that they could locate the project in other associated sites in NC or other states.”

Project Oak currently has an outstanding Building Renovation Reuse Grant totaling $203, 398 for which the company has to create 21 jobs at $9,685.63 per job. The company is requesting a sixth extension on that grant due to the COVID-19 pandemic, or that the old project be rolled into the new project, those creating those jobs.

County officials now have clearance to write up the documentation for granting the land to Project Oak, as well as the resolution of the outstanding Building Renovation Reuse Grant. Both documents will be brought back to the commissioners for a public hearing and a vote on final approval.