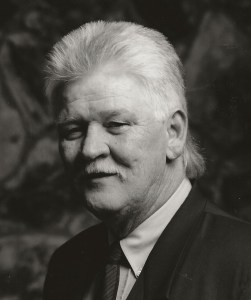 Tom was born in Wilkes Barre, PA on December 15, 1942. Tom was one of four children born to James Patrick Tansey and Ella Mae O’Connor, both first generation Irish Americans from Sligo, Ireland.

Tom grew up in Pittsburgh, PA in a depressed area across from the steel mills. Life was difficult and challenging growing up in the poor Irish neighborhood. He began working as a preteen and didn’t stop until the onset of dementia. Against all odds he completed a bachelor’s degree at Clarion University (PA), entered graduate level studies at Penn State and became a Kellogg Fellow and travelled throughout Europe.

His early beginnings crafted a very sharp and savvy businessman, problem solver and leader in training and development.

After several years of working for large consulting firms, Tom became CEO of his own company, Tansey and Associates. Training/development of large and small businesses, public and private organizations to include construction and trade associations became the focus of his work. He also wrote and customized many training manuals for his customers and was a speaker at many construction and trades conventions.

One of his greatest achievements was co-creating The National Center for Construction, Education and Research and serving as their master trainer in the US and internationally for over 20 years. He was also an adjunct instructor at Clemson University and the University of Florida.

Tom met his nemesis, Barbara Turner Parsons, one day by strolling into her office to sell some customized training. Both Tom and Barbara were die-hard professionals who preferred to remain single. However, God had other plans. After three years of dating, they married at the Lake of the Ozarks. May 2022 would have been their 26th anniversary.

The Tanseys became professional gypsies in order to accommodate both of their careers. They moved from Missouri to Napa CA to Tucson AZ to Littleton CO to Monroe NC to Fayetteville, NC and to Washington, NC. They experienced life to its fullest and left a trail of wonderful friends from coast to coast. When Barbara retired, they moved back to Northwest Missouri near her family.

Family and friends are welcome to attend a celebration of his life to be conducted at 4:00 p.m., Saturday, February 12, 2022 at Chamberlain’s Funeral Home in Oregon. Visitation will be held at 3:00 p.m. prior to the funeral.

In lieu of flowers, memorials may be directed to Pony Express Therapy Dogs, %Wm Luce, 4607 Englewood Drive, St. Joseph MO 64506 or to Beaufort County Community College %Dr. Barbara and Tom Tansey Endowment for students who qualify for no financial aid due to no circumstances of their own, 5337 US Highway 264 East, Washington NC 27889.